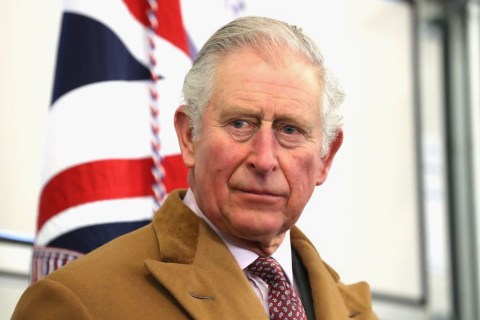 Prince Charles is out of self-isolation and is in good health after testing positive for coronavirus.

The 71-year-old ,who falls into the at risk group because of his age, had ‘mild symptoms’ when he was diagnosed with Covid-19 last week.

It was revealed on Wednesday March 25th that the heir-to-the throne had caught coronavirus. His spokesman said that his quarantine lasted seven days, in accordance with government guidelines.

A statement said: ‘Clarence House has confirmed today that, having consulted with his doctor, The Prince of Wales is now out of self-isolation’.

Prince Charles, who had mild symptoms, has recovered from coronavirus (Picture: Getty)
Charles has spent the last week working from home on the Balmoral Estate in Scotland with wife Camilla, the Duchess of Cornwall, 72, who tested negative for the disease.

Clarence House said it was not possible to know who Charles caught the virus off, owing to the high number of public engagements he was involved in before becoming unwell.

Among Charles’ recent engagements was a Water Aid event on March 10, in which he sat opposite Prince Albert II of Monaco. Prince Albert became the first Royal Family member to test positive for coronavirus on March 19.

Charles last saw the Queen ‘briefly’ on the morning of March 12, a spokesperson for Buckingham Palace confirmed.

The Queen, 93, has been self-isolating with husband Prince Philip, 98, at Windsor Castle.

Prince Charles’ diagnosis sparked concerns for the Queen’s health (Picture: Getty)
Yesterday it emerged that one of the Queen’s footmen has tested positive for coronavirus, sparking further fears for the monarch’s health. The Queen was also in contact with Boris Johnson earlier this month, who revealed he had Covid-19 on Friday.

Buckingham Palace insist she is following guidelines and is in ‘good health’.