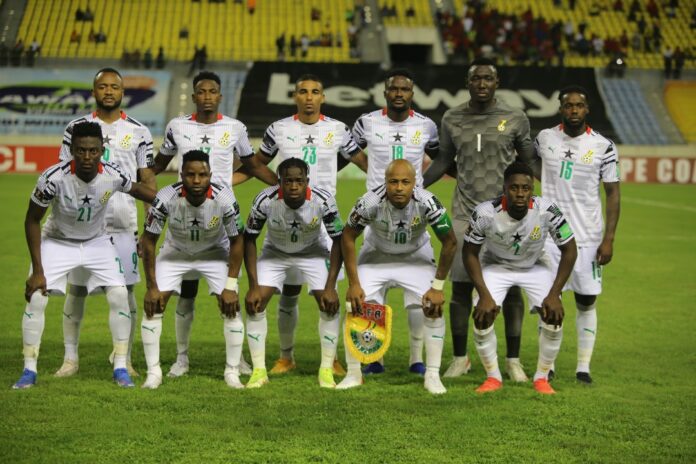 Black Stars begun their 2022 FIFA World Cup qualifiers with a slim victory over the Ethiopia on Friday evening at the Cape Coast stadium.

Ethiopia played some good football with great interchange of play and were the better side in the opening exchanges of the match and had the greater share of possession in the early minutes of the match.

Despite dominating the play, the visitors failed to force a save from the Ghana goalkeeper Richard Ofori who plays his club football in South Africa with Orlando Pirates FC.

Ghana came into the game and started creating some few chances but could not create enough clear goal scoring opportunities.

On the 35th minute mark of the match, China-based midfielder, Mubarak Wakaso broke the deadlock of the match with a tame long range strike to give the Black Stars the lead after a goalkeeping error.

The first half ended 1-0 to Ghana.

The second half was more of the same as the first half as both teams failed to create good goal scoring chances in the first 25 minutes of the second period.

Substitute Yaw Yeboah’s 70th minute strike was repelled by the substitute goalkeeper who saved Andre Ayew’s rebound to keep the score at 1-0.

The match finished 1-0 to the Stars who go top of the table with three points after South Africa picked up a point against Zimbabwe on the road.

Terrorism fight not limited to military means only – Akufo-Addo