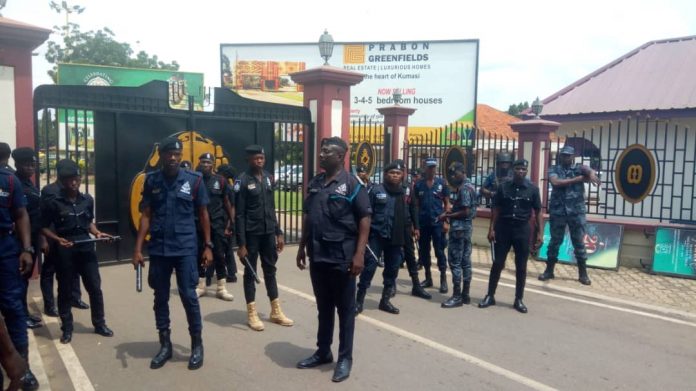 Armed police officers have been deployed to the Manhyia Palace as joint youth groups in Kumasi petition Asantehene over government neglect.

Dubbed: “Asanteman Kyeba” several youth groups on Friday morning converged at the Asem Park, to march through the principal streets of Kumasi.

The protest was to register their displeasure over perceived failed promises by the Akufo-Addo government.

The demonstration was partly foiled by police after the black-clad protesters were served with a court order.

The Kumasi Youth Association describes the development as disappointing.

“The police is using all attempts to bend the rules. We served them with a letter two months ago and we are surprised by their actions”, explained Nana Yaw Akoto, the Director of Communications of Kumasi Youth Association.

The office of the Asantehene has been given a copy of the petition.