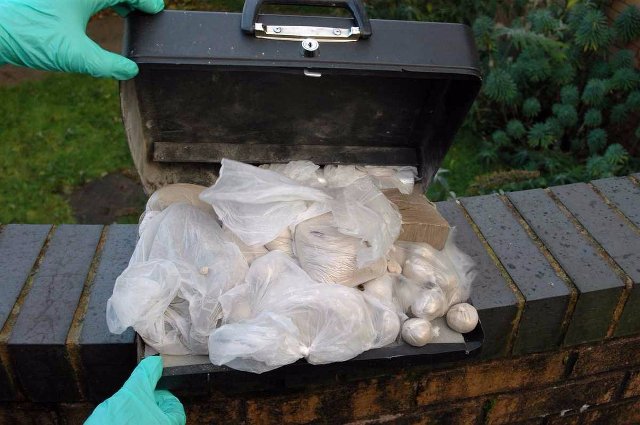 The cocaine was packed in travel bags, hidden inside 15 new cars that arrived in Dakar from Brazil.

It was reported that the cars were destined for Germany and Ghana.

An investigation is underway to identify those involved in trafficking the drugs.

Local media present at the port during the haul say a foreign couple were among those detained for questioning.

The discovery follows the seizure last Wednesday of 238 kg of cocaine smuggled in a similar manner and destined for Angola.

There have been record cocaine busts in nearby Cape Verde and Guinea-Bissau earlier this year.

The recent large drug hauls indicate that West Africa is increasingly becoming a transit point for drugs from South America to the rest of the continent and into Europe.