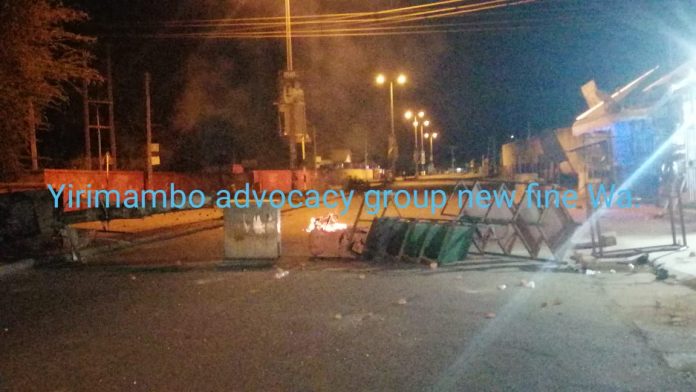 Gunshots were fired to disperse irate youth who besieged the Upper West Regional Police Headquarters, demanding the release of three suspects linked to the flogging of two youngsters whose sex tape went online.

The protesters turned their anger on the police Wednesday night over what they describe as unlawful detention of their own, sparking tensions in the Wa township.

The youth reportedly burnt tires, pelted stones at the police to demand the immediate release of the suspects.

Security was later reinforced to ward off the angry youth. 18 people have been arrested, according a crime officer with the Upper West Regional Police Command said.

“Led by the Upper West Regional Police Commander, we have quelled the situation. [So far] 16 males and two females were arrested and we are still searching for more [suspects]”, the officer noted.

What happened in Wa?

The suspects were arrested after they allegedly hauled the two people to the forecourt of the Wa Naa’s Palace, subjecting them to severe beatings, over the leaked sex tape.

They were given twenty lashes.

Many Ghanaians have condemned the act and have called on security agencies to crack the whip.