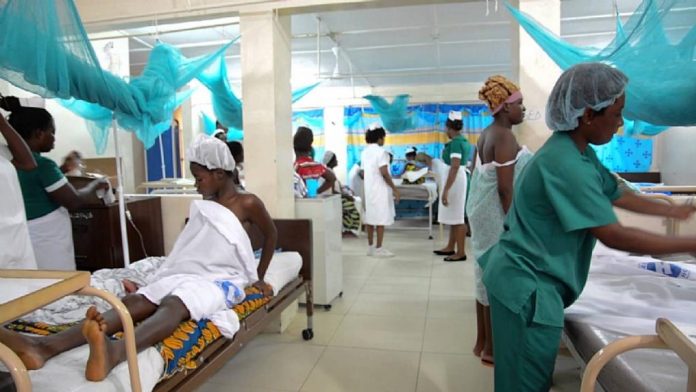 Health groups say they will consider legal action if the Ghana government and the National Health Insurance Authority (NHIA) do not pay them their claims.

At a news conference in Kumasi on Tuesday, August 6, 2019, the group said the non-payment of arrears has led to the closure of many of such facilities across the country.

They have given government a two-week ultimatum to cause the NHIA to pay them their monies or face their wrath.

“The service providers are now in a serious distress… Our members are being taking to court by GRA, SSNIT and other stakeholders. And out of this ill-act some of our members are dead and some facilities have folded up and we think it doesn’t enhance public-private partnership in health,” explained Mr Joseph Christian Amuah, executive director for Responsive Healthcare Services of Ghana.

Mr Amuah further indicated that the Ministry of Health must review the new operational price list, labeling it as an unrealistic tariff.

“The law states that every year, NHIA should be meeting stakeholders and review tariffs. We have seen that there has been an increase in the price of drugs. So they should work on the medicine review or we will test the law”, he stated.

Cash and Carry looms in hospitals

Meanwhile, the Ghana Medical Association had earlier warned that the country could return to the dreaded days of ‘cash and carry’ if monies owed hospitals are not settled.

The National Health Insurance Authority, according to the President of the Medical Association, owes the hospitals, “both public and private, services rendered from September 2018 to May 2019.”

Dr. Frank Ankobea at a press conference in Capecoast, called on “the government and the NHIA, to as a matter of urgency pay all monies owed these facilities with immediate effect.”

Presidency out of touch?

Contrary to concerns of the Medical Association, President Akufo-Addo declared earlier this year that his administration has saved the health insurance scheme.

In his 2019 State of the Nation Address in February, Akufo-Addo said: “…today, our NHIS is buoyant.”

He added that his government has “paid up the GH¢1.2 billion arrears…inherited, and brought the operations of the NHIS back to life.”

Baba Agunga: The mentally ill Ghanaian chained under a tree for...