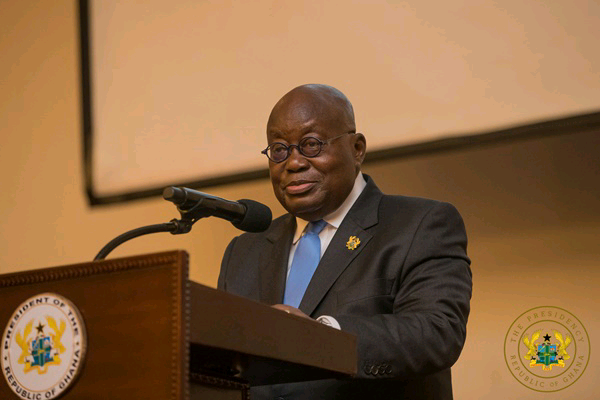 President Nana Addo Dankwa Akufo-Addo has described the timelines given for the completion of the Agenda 111 projects as ambitious.

The President stated that identifying appropriate locations around the country to situate the projects became more difficult than earlier anticipated.

But, delivering the 2022 State of the Nation Address in Parliament on Wednesday (30 March), President Akufo-Addo said he is determined to complete the projects before he leaves office in 2025.

“…Mr Speaker, I have to report that, like all major construction projects, it is evident that the initial schedule we gave for the completion of Agenda 111 was overly ambitious. Identifying suitable sites around the country, for example, has turned out to be even more problematic than had been anticipated. I am able to say that a great deal of the preparatory work has now been completed, and work has started at eighty-seven (87) of the one hundred and eleven (111) sites. I have been assured that preliminary work on the remaining twenty-four (24) sites is ongoing.

“…We have every intention of seeing this project through to a successful end, which will enable me to commission all one hundred and eleven (111) hospitals before I leave office on 7th January 2025,” he added.