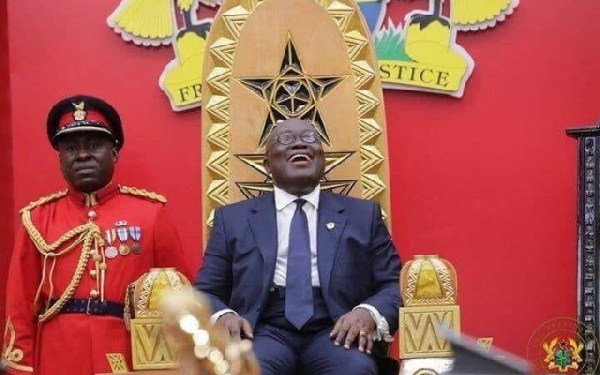 As Tottenham Hotspur — courtesy hat-trick heroics from Brazil international Lucas Moura — sprung from a three-goal deficit to a place in June 1’s Uefa Champions League final, most observers couldn’t help but feel for a young, ambitious Ajax Amsterdam team that had thrilled fans and overcome giants in reaching this advanced stage of the competition.

One man who certainly had no sympathy to spare for the teary-eyed, eliminated de Godenzonen was Ghana’s president, Nana Addo Dankwa Akufo-Addo. Watching the 2018/19 Champions League’s second semi-final on Wednesday as Spurs roused themselves to seal a revival to rival Liverpool’s against Barcelona the night before, Akufo-Addo — still formally dressed — stood in his office at the Jubilee House in gleeful mood.

As it happens, Akufo-Addo — like Mahamudu Bawumia, his vice-president — is a passionate, life-long fan of Spurs, a club he got drawn to while a young student in England many years ago, so this was as much reveling in his side’s success as in the opponent’s loss. Pardon the obvious schadenfreude; there could be no better way to wrap up what must have been ‘just’ another hectic day spent running a nation of nearly 30 million, could there?

In a video gone viral on social media, an animated Akufo-Addo can be heard celebrating the prospect of Spurs’ first ever Champions League final and quite sarcastically empathizing with Ajax and the Dutch club’s “very painful” exit, while the similarly excited voice of an unidentified male companion is heard in the background.

It would be the fourth time in as many seasons that a team dear to the septuagenarian’s heart appears in Europe’s biggest game and, just like Real Madrid on all three previous occasions, Akufo-Addo would hope Mauricio Pochettino’s charges emerge triumphant versus Liverpool in Madrid following a stunning upset of a well-placed Ajax outfit that had hitherto knocked out, well… Madrid.

Quite literally, then, Ghana’s head of state has had the last laugh. Or has he?

Patriotic Epistles with Kabu Nartey: An Election 2020 letter to Ghanaian...

EARNED IT: Akonnor Is Ready To Shine With the Stars