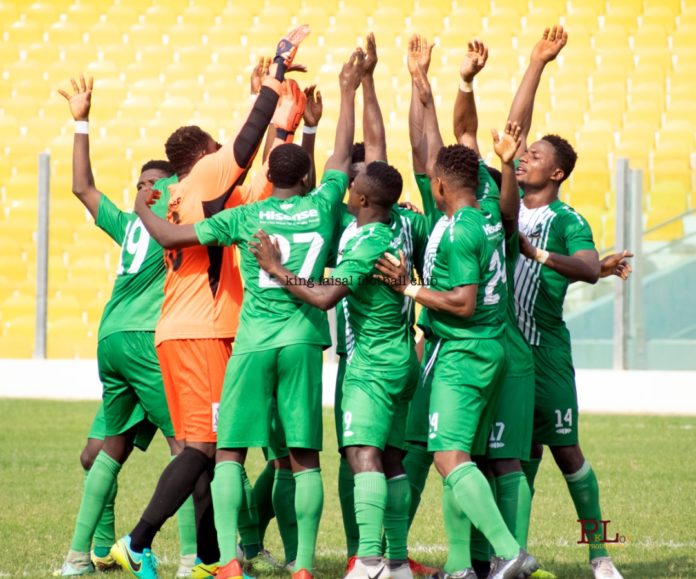 Nine games in, Kumasi King Faisal are proving a figure of fun in this season’s Ghana Premier League – and I’m not even talking about their, ahem, bus.

Winless and clueless, Faisal’s miserable lot appears to confirm doubts that the club may not have been very ready for the short-cut handed them back to the Premier League two months prior to the season’s commencement. Olympics, who returned to the top-flight the same way and time as Faisal, have recovered from their own slow start and are now ranked 13th. Faisal, rooted to the bottom, can’t seem to find a way out, despite appointing Serbian Slavisa Bozicic to complement coach Anthony Commey’s efforts.

The irony, though, is that Faisal haven’t been that bad. That’s not exactly the same as outspoken coach Isaac ‘Opeele’ Boateng’s claim that Faisal have been the league’s ‘best team’, no, but the league table helps you get the point.

Faisal haven’t had a problem scoring goals. They already have a dozen — the basis for Boateng’s admittedly exaggerated assertion, apparently — that sees them level with joint-top Aduana Stars; only Inter Allies, on 14, have scored more. Impressively, too, they’re one of just two clubs with at least two players lighting up the topscorer’s charts, with forward Osman Ibrahim fifth on five strikes and teammate Mustapha Mohammed two behind.

In defense, though, they haven’t been nearly as impressive. Their 20 conceded goals are a league-high, rubbishing much of the work the Ashanti-based outfit has done upfront. Thrice have they conceded four goals in a game, including three of the league’s four highest-scoring matches. And it isn’t like Faisal haven’t been fighting enough; in two of those heavy losses, they roused themselves from two goals down — only to be undone by a porous rearguard.

And if you needed extra proof that Faisal just haven’t been good enough at the back, consider that all three nominees for the club’s January Player of the Month prize were picked from offensive positions: Ibrahim (forward), Kwame Peprah (forward), Charles Adu Gyamfi (midfielder).

Unsurprisingly, Faisal’s Twitter page is regularly updated with inspirational statements and uplifting verses from the Qur’an. But the club’s fans — reasonably running out of hope and patience — would need much more than doses of faith or faint promises of a miracle to feel reassured.

More than anything else, they’d need the defence to step up several notches to match the output of Osman and Co. at the other end, and with nearly a third of the season gone, there isn’t much time left to figure out how.

SPARE THE BLACK STARS: Meteors Have Also Been A Big Failure