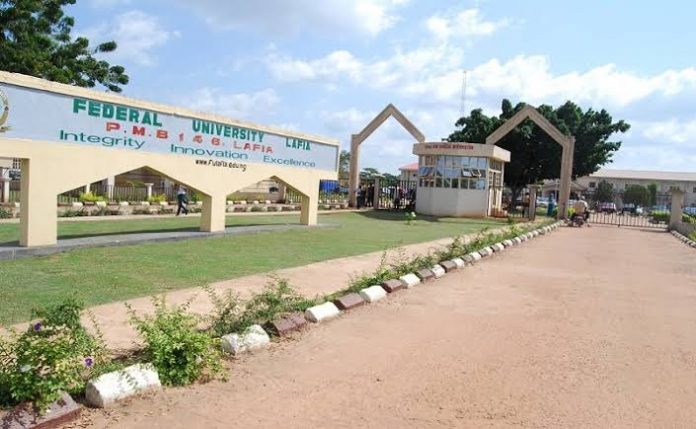 Information reaching Campus Cam Ug is that a bachelor of computer science student, Kevin from the Federal University of Lafia (Fulafia) has been expelled from the higher learning institution, after sleeping with a lecturer and successfully impregnating her.

The university disciplinary board is said to have received the disheartening news of the student impregnating his lecturer with acute shock, before deciding such a cruel penalty on the student.

Kevin’s action which has since put the university in the limelight for immorality and promiscuous behaviour has not only watered down the dignity of the university, but also the integrity of the lecturers therein.

A number of people have come out to criticize the level of self-respect for the lecturers and the codes that regulate the teacher versus student interaction.

The student who was called by the board to receive his expulsion letter argued sadly that the mistake was not entirely his. Kevin clarified that the initial advances into the love affair were initiated by the lecturer, who ended up desperately pleading with him to engage in a sexual affair with her and even possibly impregnating her.

He confessed that on times without numbers, the lecturer had convinced him to smash her cookie jar through her seductive moves and highly palatable figure. He said that he could not turn down the offer that came with harsh penalities from the lecturer and of course, his desire to swim in the attractive waters and get cool his appetite.

Kevin confessed that the lecturer had served him with ultimatums that would only be injurious to his stay in the university if he failed to drink from her river of life. Therefore, having no other choice, but to get down to business, confessed the lad, he jumped into the sweet business.

How the peculiar news went around the university and reached the board still remains a mystery. What the student recalls was an urgent call he had received one fateful day morning, requiring him to appear before the board the very day not later than noon.

Overwhelmed with curiosity and panic, he had prepared himself, ready to find out what lay in store for him. That is when he sadly learnt that this affair with the lecturer had not only resulted in him impregnating her, but also landed him into hot soup.

Kevin confessed that he had slept with the lecturer on so many occasions, including in her office set within the administration block.

Crying for clemency and seeking pardon, the student had broken down into uncontrollable tears, but the university Senate had made their decision. Kevin has since suffered the shock of his life and continues to ask for intervention from the university senior administrators, to lift the expulsion and mete a lesser punishment on him.

Apologise to people of Dormaa – Group to John Boadu

Check how a Ghanaian style coach felt displaying her cleavage