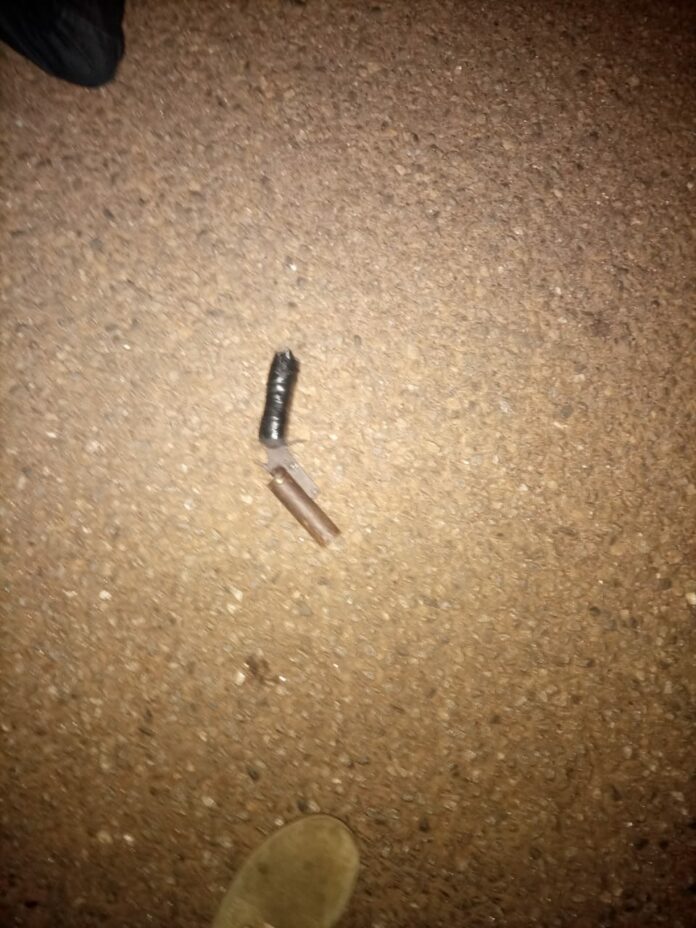 A suspected armed robber was shot and killed during a fierce gun battle with a police patrol team at Wenchi in the Bono Region.

The armed gang in the early hours of Friday were spotted by a night patrol team, flushing torch lights around the Wenchi cemetery on the Wenchi-Wa highway, the police say.

As the police got closer to the scene the gun-wielding youngsters started firing indiscriminately at them. The police also returned fire killing one of the suspects instantly.

He said the rest of the robbers managed to escape upon sensing danger.

“As we speak the identity of the suspected robber is unknown to us because my team has just commenced investigations into the case, and very soon, we will come out with enough information,” he said.

Items retrieved from the deceased were a locally manufactured gun and some cartridges which the police say have been retained as exhibits.

DSP Awudzivi disclosed that the police is poised at combating crime in the Wenchi municipality, especially on the Wenchi–Wa highway.

“These armed robbers have been tormenting traders and other road users on Wenchi–Wa road for some time now, and that is why we have a patrol team on that highway.

“We are therefore warning those robbers that we will come after them where ever they are because we want to make Wenchi an unsafe haven for criminals,” he stressed.

The body of the suspected armed robber has been deposited at the Wenchi Methodist Hospital morgue whilst police investigations are ongoing.