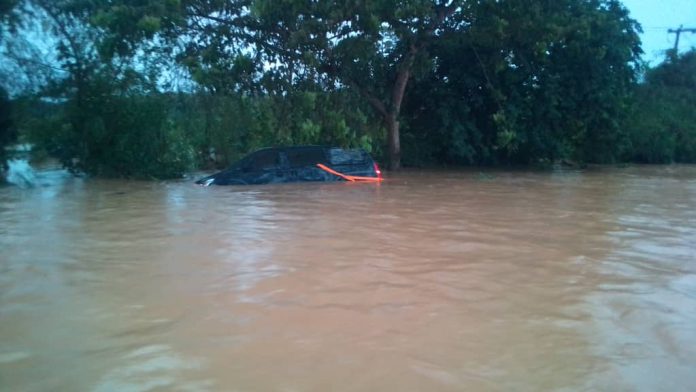 Thousands of commuters were left stranded Tuesday night following a downpour that left many parts of the Western Region capital, Takoradi, flooded.

Passengers and motorists who used the Takoradi-Agona-Nkwanta highway had a tough time on the Apremdo-Apowa portion of the highway as heavy rainfall caused flooding and massive vehicular traffic on the stretch.

The St. Mary’s Seminary portion of the highway got flooded, making vehicular movement difficult, with some of the vehicles overturning on the highway as they tried to manoeuvre in the flood.

In a Citi FM report, residents attributed the flooding to what they say is poor drainage along the road.
Some of the passengers and motorists who had to abandon their vehicles to walk in the flood complained bitterly about the situation.

They thus called for the drainage in the area to be fixed, as the problem had become perennial.

“This is bad. Look at what is going on here. We’ve been in floodwaters for over two hours; no one is able to move. The authorities should come and fix the drainage system in this area,” a stranded road user told the Accra-based radio station.