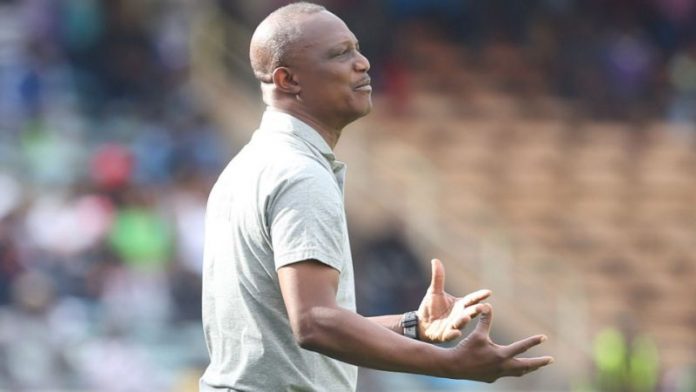 From there, Michel Dussuyer’s charges exploited their numerical advantage and grabbed the equalizer — almost getting a winner. But could the outcome have proven more favorable for Ghana courtesy some tactical masterstroke by head coach Kwesi Appiah that never came?

Even after Boye headed down the tunnel, the Black Stars had a chance, with nearly 30 minutes of regular play — plus added time — to go.

The Beninese had a spring in their step because of their numerical advantage, granted, launching an onslaught to make it count. Dussuyer, their French trainer, made a few attacking changes and brought on personnel to snack on the gaping hole Boye’s absence had created in Ghana’s setup. From the adjacent dugout, countering decisions were required, and they were promptly made — only the wrong ones.

Ghana started the game with a 4-1-3-1 formation; having lost a centre-back, Appiah opted to sacrifice one of his wide men, bringing on a like-for-like replacement in Jonathan Mensah and thereby creating an imbalance in the final third.

In doing so, too, he hauled off sharp debutant Samuel Owusu (himself an earlier substitute) when the evidently smarter choice to hook would have been struggling Christian Atsu, given the former’s 23-minute diligent quest to retain the ball and create channels behind enemy lines. Needless to say, that could have been an invaluable resource against a team which obviously still had a lot of respect for the Stars.

Tough times call for tough measures, and that is exactly what Appiah failed at when adversity struck in this particular instance. Boye’s loss was bad enough, but Appiah’s decision-making arguably worsened the impact.

While the fairness of that crucial second booking which saw Boye walk could be debated, what is undisputed is the effect it had on Ghana’s approach.

See, at the point of Boye’s exit, Ghana — though with the greater momentum after coming back from 0-1 — were as close to being tied again as they were to extending their lead. The margins were finer than the disparity between the two teams’ respective pedigrees suggested; against opponents they outnumbered and even bullied with impudence and impunity, Benin poured forward.

In reacting, the least sensible thing Appiah could have done was to go gung-ho — even after Mickael Pote’s leveler, yes — by committing numbers to attack, presumably by introducing Asamoah Gyan or some other offensive-minded substitute. Clinging to a point felt safer than chasing three, and Appiah set up shop that way for the remainder of the game; the late introduction of Empoli enforcer Afriyie Acquah underscored that much.

Then there is the argument about why Appiah, in direct response to going a man down, opted to sacrifice Samuel Owusu — lively after himself replacing injured winger Thomas Agyepong — instead of the less impressive Christian Atsu. In truth, either man could have been the sacrificial lamb, but Appiah chose to stick with Atsu, a veteran of three Nations Cups and a Fifa World Cup, over a rookie; if that was a crime, it’s not one I couldn’t pardon.

When, after the game, MVP Jordan Ayew conceded that the draw felt “like a win”, he wasn’t exaggerating. Appiah played his cards in a manner that ensured Ghana squeezed the most it could under the circumstances. In the end, it all comes back to that single turning point — Boye’s red card — and nothing more.

PUMA Deserves Better? Ghana Does, Too