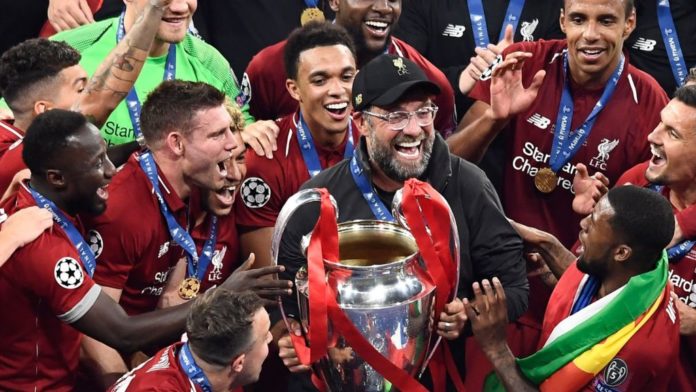 If it helps, though, Daily Mail GH has compiled videos on your favorite European clubs that should help cheer you up until the novel coronavirus disease (COVID-19) pandemic eases its grip, the stay-at-home order is lifted, and football returns. Today, it’s the turn of England’s Liverpool.

Liverpool have to wait weeks — maybe longer, maybe never — to secure the 2019/20 Premier League title but, however the campaign ends, Jurgen Klopp’s team will still be remembered for the dazzling brilliance that characterized their pursuit of glory. No team — not even Arsenal’s widely feted ‘Invincibles’ — has won as many games (27) after 29 rounds of league football. But exactly what makes the Reds, reigning champions of Europe, so good?

Winning the league, despite all their excellence, isn’t a given for Liverpool; a summer move from Melwood, the club’s famous training ground of old, is. The new state-of-the-art facilities, located miles away in Kirkby (where Liverpool’s academy is already housed), ushers the club into a new era, one plotted by manager Klopp and his innovative ways. Kirkby, as the video explains, means so much more.

You’ve probably seen it all; or, at least, you’ve heard of how well Jurgen Klopp bonds with his players. But it’s not all about hugging them and joining in goal celebrations. There is much more to it, and Georginio Wijnaldum — the Dutch midfielder Klopp wooed from Newcastle United four years ago — tells it all.

Along with Pep Guardiola, Klopp is celebrated as a leader of the current school of managers. A common denominator is the manner in which both usually overwhelm opponents, but there is a fundamental difference in their respective attacking approaches: space (Klopp) versus possession (Guardiola). Details of those concepts, and how they fare when pitted against each other, are presented in the video above.

Liverpool’s recent successes have been built on the back of intense pressing, rampaging full-backs, a tight rear-guard, formidable Anfield, and . . . throw-ins. Yes, you read right — throw-ins — and here’s why.

Virgil van Dijk, Liverpool’s £75 million defender, has made a habit of taming even the world’s best forwards, but how well does he hold up against questions from a bunch of curious, relentless 8-year-olds?