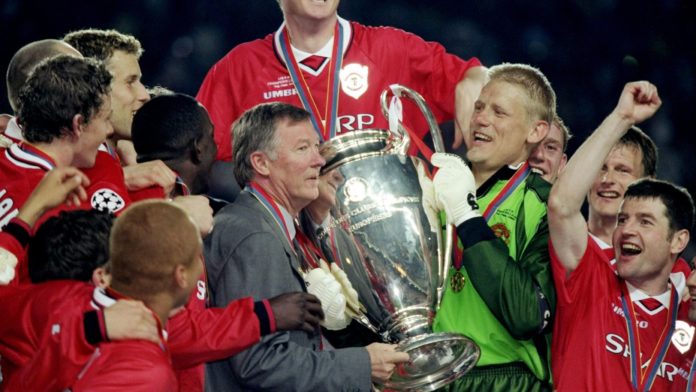 If it helps, though, Daily Mail GH has compiled videos on your favorite European clubs that should help cheer you up until the novel coronavirus disease (COVID-19) pandemic eases its grip, the stay-at-home order is lifted, and football returns. Today, it’s the turn of England’s Manchester United.

United and Liverpool don’t battle each other a lot these days for major honors, but there is an ongoing fight that both have a fair chance of winning.

United, much more popular around the world courtesy decades of success, enjoy a comfortable lead, but a recent decline in the Red Devils’ fortunes has helped archrivals Liverpool – roused from their own slumber by current manager Jurgen Klopp — into the hearts and minds of more and more Asian fans. Just how keen is the competition, though?

2. ARE UNITED SET FOR A SUMMER SPLASH?

Bruno Fernandes, signed by United in January after months of pursuit, already looks like a bargain, even for a fee north of £60 million. The Portuguese has been a real transformative influence on Ole Gunnar Solskjaer’s team, leaving United fans frothing at the prospect of how good their team could be next season should Ed Woodward splurge on similarly brilliant signings in the summer. How widely, though, could the purse-strings be loosened?

3. FERGIE’S EVOLUTION: A STORY OF SURVIVAL

Sir Alex Ferguson’s excellence at Old Trafford for over two decades is hard to achieve — especially if one decided to merely stand still. But that’s not something the Scot could be accused of, with his methods evolving throughout the years, even learning from — and adjusting to — the ways of rival managers. And isn’t that, really, the very essence of greatness?

With all the success United have had since the early nineties, it’s hard for most fans of the club to remember the last time the club was relegated from the English top-flight. That came 46 years ago, 19 before Ferguson’s first trophy triggered a relentless flood of silverware, when Tommy Docherty was manager and United’s late 60s’ wave had finally crashed. They spent only a season — a memorable one — in the then Second Division, and while it’s safe to predict that latter-day United fans would never experience such heartache, here’s a feel of those bad times.

United have averaged less than two goals per Premier League game this season and, watching from the touchline, manager Solskjaer would find little satisfaction in that. And why would he, when, in his own time as a United forward, the Norwegian scored plenty — and scored quite a few beauties, too!

Ashanti region runs out of bed for COVID-19 patients

Covid-19: Ghanaian pastor, 2 others arrested for holding church services despite...