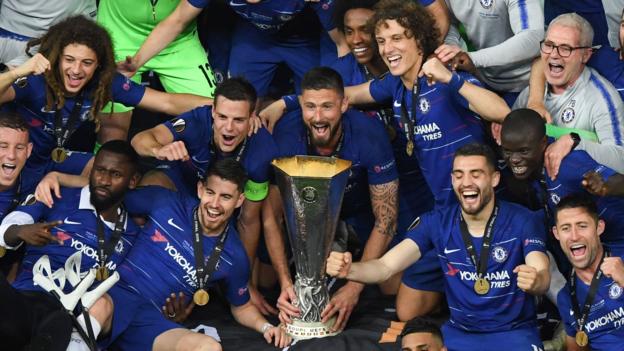 If it helps, though, Daily Mail GH has compiled videos on your favorite European clubs that should help cheer you up until the novel coronavirus disease (COVID-19) pandemic eases its grip, the stay-at-home order is lifted, and football returns. Today, it’s the turn of England’s Chelsea.

Chelsea, as you may be well aware, have an army of loanees scattered around clubs in Europe. The policy has drawn criticism and may soon even draw the ire of football’s governing body, Fifa. But it isn’t entirely without justification that Chelsea have taken this approach to snapping up and holding on to fine young talent. And, while that logic could be debated, it’s – at least – worth hearing out.

In June 2003, Roman Abramovich, a 36-year-old Russian oligarch not known to many outside his homeland, acquired Chelsea, a club that had achieved only modest successes in its history until that point. Heavy investment from Abramovich over the years quickly made him (in)famous in the football world, while Chelsea blossomed to claim English and European supremacy. For long, Abramovich’s motives — like those or nearly every foreign investor who takes ownership of an English club — has been questioned, but this video attempts to provide an answer.

Claude Makelele had already packed a few good years into his career, but on switching Real Madrid for Chelsea (in the same summer of Abramovich’s arrival), the Frenchman took his dynamic influence to new heights. His excellence as the deepest member of Chelsea’s midfield three saw the position eventually named after him by pundits, making him a reference point for all who’d ever take up that station at Stamford Bridge and beyond. You’ve heard all about the ‘Makelele Role’, I guess; now, find out what it’s all about.

After four years at London rivals Arsenal, former Chelsea goalkeeper Petr Cech — in 2019 — returned to the club where he first made a name for himself in England, taking up the role of technical and performance director. Just what does Cech’s new office require of him, though?

5. WHEN BAKU WAS EDEN’S GARDEN

The last time Eden Hazard had a truly memorable game, he was still in a Chelsea shirt, orchestrating a chastening of Arsenal in the Baku-hosted 2018/19 Uefa Europa League final. It was also the last time he’d play for the Blues, before joining Real Madrid where, thus far, he’s struggling to win a battle for form and fitness. For all those who might have forgotten just how incredible Hazard — and his Chelsea goodbye — is, here’s a quick reminder.

COVID-19 vaccination cards could be mandatory for movement this X-mas –...