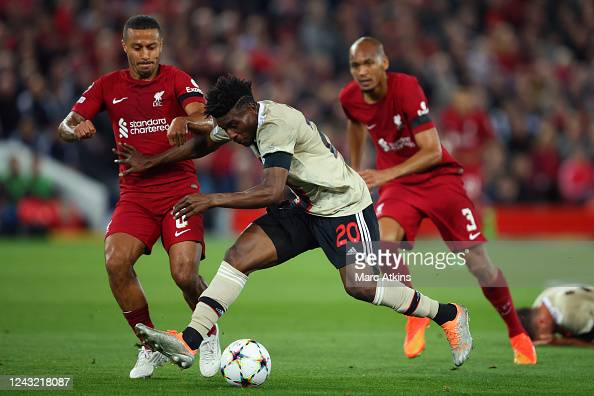 The AFC Ajax Amsterdam forward has revealed why Thiago Alcantara is a perfect role model for his football career.

The 22-year-old played against his idol during the UEFA Champions League clash between Ajax and Liverpool at Anfield last month where he scored a sumptuous goal.

According to Kudus, Alcantara’s ability to combine his defensive duties and creativity makes his a unique footballer.

“I loved his game as a child. I like creativity and joy of playing. When I played in Denmark, a friend of mine arranged a shirt from him. It was fantastic. The shirt is hanging at my home and I am very proud of it,” he told Ajax media.

“Sometimes he plays on ‘six’ but then, despite his defensive duties, he doesn’t lose his creativity. No matter where he plays, he always finds the balance between defense and attack. That’s how I want to play,” he added.

Kudus is enjoying a stellar campaign this season, having scored eight goals across all competitions for Ajax.