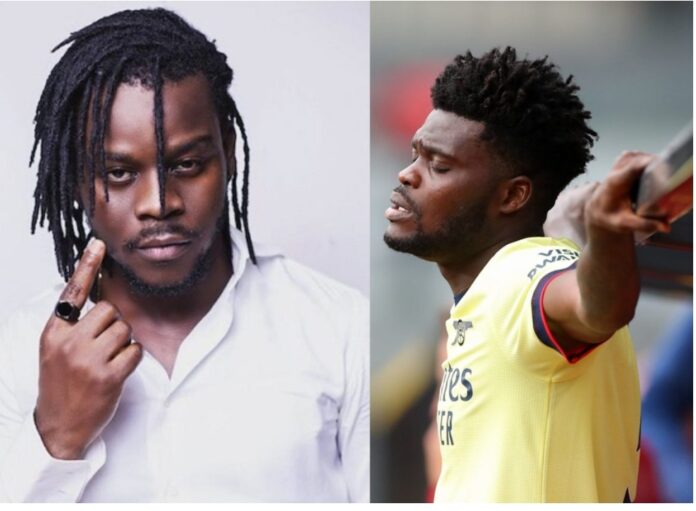 His comments comes after the midfielder came under severe scrutiny after Ghana’s first two games at the World Cup in Qatar.

Many who agree with the singer noted that Partey’s influence has been below average so far, as Ghana has played two matches and sits second in Group H with 3 points with one more game which will decide qualification to the next stage.

“Personally I think partey not playing with his heart… like them force am to play”, he stated on social media.

“As for partey, it seams he has no interest playing for Ghana”, he added.

Ghana plays Uruguay today and Partey will be expected to come to the party to help the Black Stars team qualify for the Round of 16 stages of the 2022 FIFA World Cup tournament in Qatar.