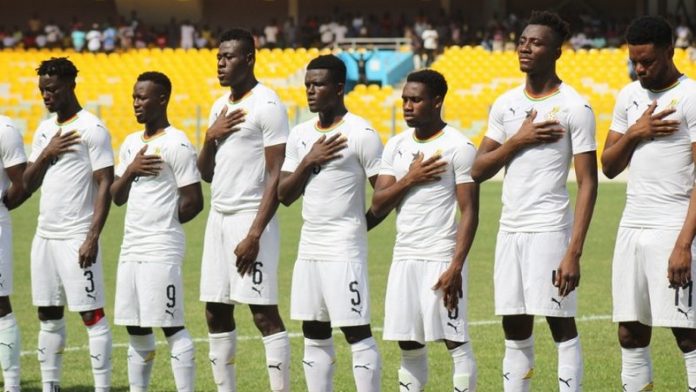 The past year has summed up all that is wrong with Ghana’s football — and I’m not even talking about the corruption exposé that brought the game to its knees.

National teams have underwhelmed at major tournaments and clubs have suffered crushing exits from continental competitions without getting very far. Even for the most optimistic, it is hard to glean any many positives; for recently elected Ghana Football Association chief Kurt Okraku and his administration, the task of restoring our football to happier, better times couldn’t be spelt out more boldly.

Then there is the Black Meteors team, flashing rays of hope every now and then in their quest to reach the Olympic Games for the first time in 16 years. The mission begun rather smoothly, with comfortable aggregate victories against Togo and Gabon, before Algeria came along with a sterner test. The first leg saw Ghana held 1-1 in Accra, but a solitary Yaw Yeboah goal in Setif slipped the Meteors through when it seemed improbable.

Now, though, the challenge gets even more intense, as the 2019 Africa U-23 Cup of Nations – the final hurdle — is set to kick off. Ghana is one of eight nations competing for places at next year’s Olympics, starting off in a group that also includes Egypt (hosts), Cameroon (debutants, like Ghana), and Mali (a country Ghana has struggled against on many levels in recent years).

In the land where their seniors, the Black Stars, failed to cover themselves in glory at the Afcon earlier this year, the Meteors would pursue greater success, although the minimum target would be more modest. See, Ghana doesn’t really have to win the tournament to reach Tokyo 2020; with three tickets on offer, finishing anywhere on the podium would be enough.

“We have only one mindset and that is making it to the Olympics,” affirms head coach Ibrahim Tanko.

Still, for quite a few reasons, going all the way to secure the ultimate wouldn’t hurt, as Tanko — only recently removed from the Black Stars technical bench to allow him to fully focus on the upcoming assignment — well knows.

For him, success with the Meteors could be the very achievement that seals a claim for the main Ghana job when next it becomes vacant (much as it did for current Stars boss Kwesi Appiah, the last man to win anything with the U-23s).

The greater good, of course, is Ghana football’s. For a change — and for the first time in years — it would be refreshing to see a Ghanaian national team win a continental championship, thus offering the Okraku-led regime the perfect lift-off. The new FA has commenced a #BringBackTheLove campaign, seeking to reclaim and galvanize supposedly lost support for the country’s struggling national teams, and triumph for the Meteors would go a long way in winning some hearts.

Hopefully, they’d pull it off – and in some style, too.