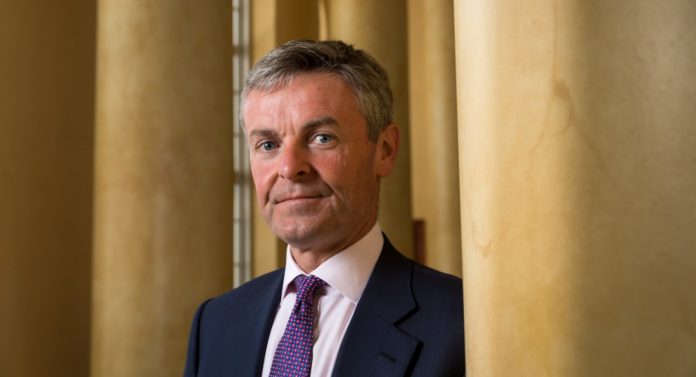 More than half of the value of Africa-focused Tullow Oil (TLW.L) was wiped out on Monday as Chief Executive Officer Paul McDade stepped down and the oil producer scrapped its dividend after failing to meet production targets due to weak performance by flagship assets in Ghana.

The London-listed company has been plagued by technical problems at its Jubilee field in Ghana and a delay in completing a well at the TEN offshore field.

Tullow also suffered blows in recent months due to setbacks at East Africa projects in Uganda and Kenya where it is yet to reach final investment decisions, as well as to its plans to develop oil fields in Guyana, one of the world’s hotbeds for exploration, where oil it discovered was of a lesser quality than hoped.

“The board has … been disappointed by the performance of Tullow’s business and now needs time to complete its thorough review of operations,” Executive Chairman Dorothy Thompson said.

In a conference call, the company said it was open to receiving offers to acquire the company at the proper value.
The Africa-focused oil firm also suspended its dividend, which it only reinstated this year after a hiatus since 2015, as it still focuses on reducing its debt pile.

Tullow, which had a market cap of around $2.6 billion after the slump in its share on Monday, expects it net debt to stand at around $2.8 billion at the end of this year, and $2.6 billion at the end of 2020.
It did not change overall reserves estimates for its portfolio. Such downgrades can impact oil producers’ credit lines. Shares in Tullow’s partner in Ghana, Kosmos Energy (KOS.L), fell around 8.5%.
Free cash flow is expected to come in at a minimum of $150 million next year at an oil price of $60 a barrel LCOc1, less than half of this year’s expected $350 million. The group also slashed its capital expenditure program and cut costs at its operating fields.

“There were warning signs that communication within the organization was a concern, given the production downgrades already seen in 2019 – for us the question now is around whether the business needs an additional injection of equity,” investment bank Stifel said in a note.
Tullow has $300 million in debt due in 2021 and a further $650 million in 2022. Tullow’s chief financial officer, Les Wood, said the group was “comfortable” with its covenants with banks.

He added he expected its debt to EBITDA, or core profit, ratio to stand at 1.8 to 2 times at the end of this year.

“The depth of the production cuts are … a surprise, particularly given the mechanical nature of a number of the issues. Expect guidance to be beatable but it will take some time to rebuild trust in the story,” BMO analyst David Round said.