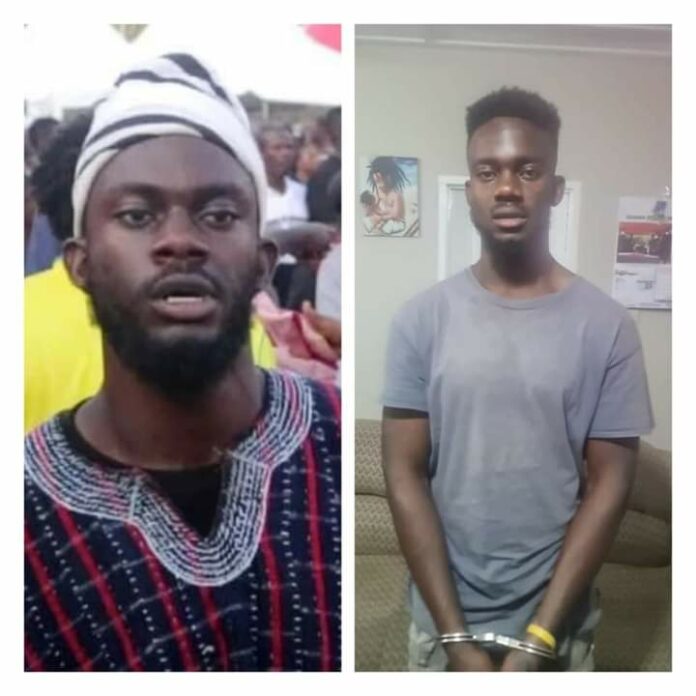 The police have confirmed the arrest of two more suspects linked to the disturbances that occurred at the NDC women and youth organizer congress in Cape Coast.

Iddrisu Abass alias Jango and Dawda Mohammed Nazir were arrested at Wenchi and Kintampo in the Bono East Region on January 8, the police said in a statement.

This brings the number of suspects arrested in connection with the incident to four.

Both suspects were arrested during an intelligence-led operation.

The police however confirmed that suspect Jango, said to be the ringleader shot and wounded one of the policemen during the arrest.

“In the course of arrest, suspect Jango shot and wounded one of the police officers. The officers returned fire and shot him in the legs”, the police said.

“Both the injured officer and the suspect are receiving medical attention and are in a stable condition”, the Service added.

“Following the arrest, some youth of Wenchi massed up to attack the police team but police have since restored law, order and security in the area”.

The police said the targeted intelligence operations “are still ongoing to arrest the remaining 12 suspects to face justice”.