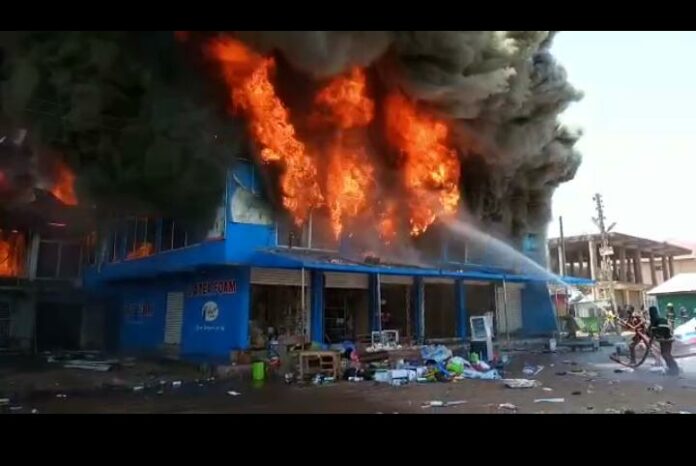 Firefighters battled a huge blaze that swept through a two-storey building at the Techiman market on Monday.

It took more than an hour to bring the situation under control as neighboring shops had to shutdown for safety.

Although no casualties were recorded, the Ghana National Fire and Rescue Service is yet to establish the cause of the fire.

“When we got there, we realised that the fire was too thick and will take some time to extinguish it, so quickly we called on the Nkoranza fire station to dispatch its appliance. We then relayed to Ghana North. They also had two fire tenders which they brought on board. So in all, we had six fire tenders on the ground”, said ACFO George Anim Frimpong, the Bono East Fire Commander told newsmen.

In all, 10 shops were affected while properties running into several hundreds of cedis were destroyed.

Ghana grabs €170 million from Europe to set up development bank