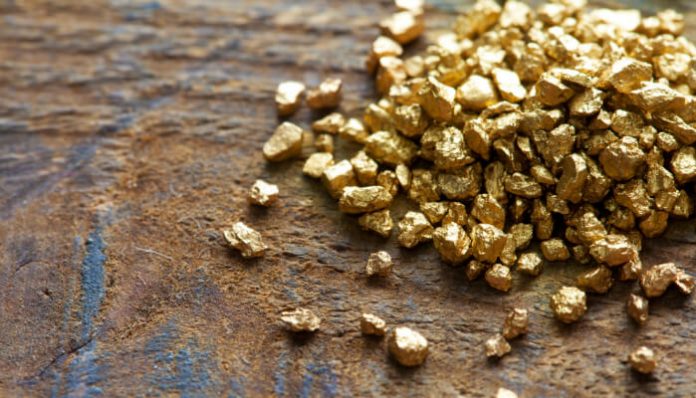 In 2012, a Roswell couple saw an online listing for gold bars from Africa and attempted to purchase about 220 pounds.

Seven years and about $500,000 later, the couple realized that the whole thing may have been too good to be true, since they still have not received their fortune.

The victims, a 64-year-old woman and a 70-year-old man, called Roswell police last month to report the scam, but it’s highly unlikely the scammers in Ghana will ever be prosecuted, Channel 2 Action News reported.

“This story has red flags all over it,” Roswell police Lt. Noah Caplan told Channel 2. “She’s doing online business with a person she’s never met and who is claiming to be from a foreign country, and she’s getting a great deal out of it. All those factors would lend themselves to possibly being a scam.”

According to a police incident report, the couple called officers Nov. 21 to report that they received a UPS package containing $12,500. The woman told officers that her boyfriend received the package, which the two were supposed to use to pay off storage fees at Hartsfield-Jackson International Airport.

The woman told police she had purchased 100 kilograms (220 pounds) of gold from Ghana in 2012, which she said had been seized at the Atlanta airport in 2012. The wealth of gold supposedly remained at the airport held in storage.

She said they spent about $500,000 over the last seven years trying to obtain their shipment from the African gold broker, the report said.

“In today’s figures, that amount of gold would be worth millions of dollars, so it appeared to be a deal that was too good to be true,” Caplan told Channel 2.

The package containing the cash appeared to have been sent from a Marietta, Ohio, address, the report said. The victims did not know the person who sent it, adding that their “contact” for the gold in Ghana was a retired law enforcement officer in France.

The woman said she became suspicious of the package when her contact told her to use the money to pay the storage fees at the Atlanta airport before sending the remaining cash back to Ghana, the report said.

The woman asked officers to take the package and the money back to the police department to check it into evidence, which they did.

She added that she had filed two Internet Crime Complaint Center (IC3) reports with the FBI but had not been contacted back. The FBI previously told AJC.com that it receives 800 to 1,200 of those complaints each day, about 20 to 25 of which are from Georgia.

For out-of-country scams, the FBI has an IC3 Recovery Asset Team and 63 Legal Attache offices in U.S. embassies that work with foreign law enforcement agencies to attempt to recover fraudulently obtained funds.

The couple told Channel 2 they are embarrassed about what happened and did not want to comment about the incident.