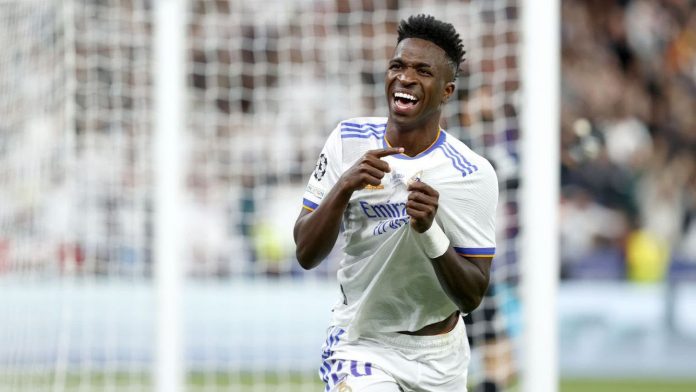 For the record 14th time in their rich, unmatched history, Real Madrid were crowned kings of the UEFA Champions League on Saturday at Stade de France in Saint-Denis. Carlo Ancelotti’s side got a second-half goal from Vinicius Junior on one of their few chances to defeat Premier League giants Liverpool 1-0 in the final.

Liverpool hit the post in the first half and had the most chances in the game, but they could not get one past an unbelievable performance in goal from Thibaut Courtois. The Belgian shot-stopper, a loser in the final with Atletico Madrid against Real Madrid eight years ago, is now on the winning side with a epic performance that will go down in history, denying the high-octane attack and the likes of Mohamed Salah and Sadio Mane with every chance he had.

Real Madrid finished the game with just four shots, while Liverpool had 24. Real finished with an xG of 0.88 to Liverpool’s 2.44. Courtois made nine saves on the night. The expected goals against Courtois was 2.14, which goes to show just how pivotal he was to the success of the Spanish giants on the night.

The victory completes a double for Real Madrid after having won La Liga this season.