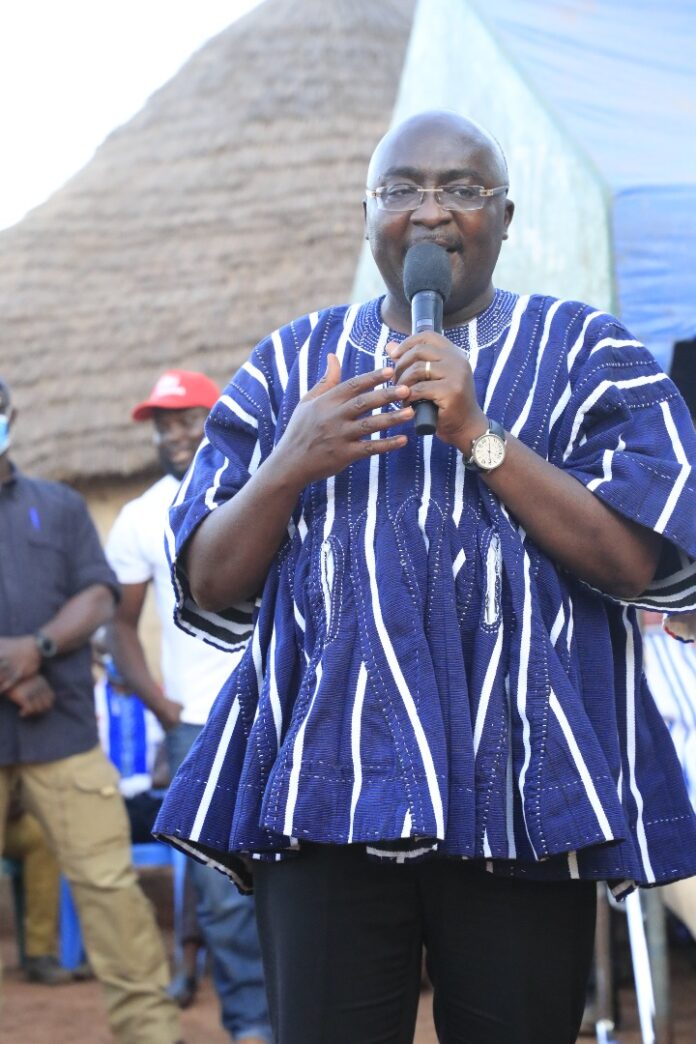 Vice President Dr. Mahamudu Bawumia has donated GHc10,000 cedis each in support of the construction of a church building and Makaranta for the people of Gbingbani in the Yunyoo district of the North East region.

Dr. Bawumia made the donation during a community interaction with the chiefs and people of Gbingbani in the Yunyoo district in the North East region.

Addressing the community, Vice President Bawumia said it is his wish that the church of Christ building and the Makaranta, for which he is making the donation are completed on time to enable his fellow Christians and Muslim students have a place for their worship and education respectfully on time.

“I am informed that the church of Christ building and Makaranta projects are ongoing. I want to see these projects completed on time. For this reason I am donating 10,000 cedis each for their completion.”

Dr. Bawumia who is in the North East region for a six days campaign tour had earlier visited the Mabonbori, Tombu and Kabulani communities in the Chereponi constituency.

While on the tour the Vice President has been reminding electorates the myriad of problems the country faced under the John Mahama led NDC administration prior to the 2016 elections, and how President Akufo-Addo has brought about meaningful policies, which he said are impacting positively on Ghanaians.

With the harmattan season approaching in the north, Dr. Bawumia said the government’s One Village One Dam policy will be meaningful to farmers in the north during the dry season, and urged to vote massively for the NPP to protect these legacies.

“In four years, you have seen the difference between our government, the government of the NPP and the NDC.

“Vote number 1, for the President, Akufo-Addo and the NPP MP to protect all these great policies impacting positively on many people’s lives.”

Critics of banking sector clean-up have no alternative solutions – Boako