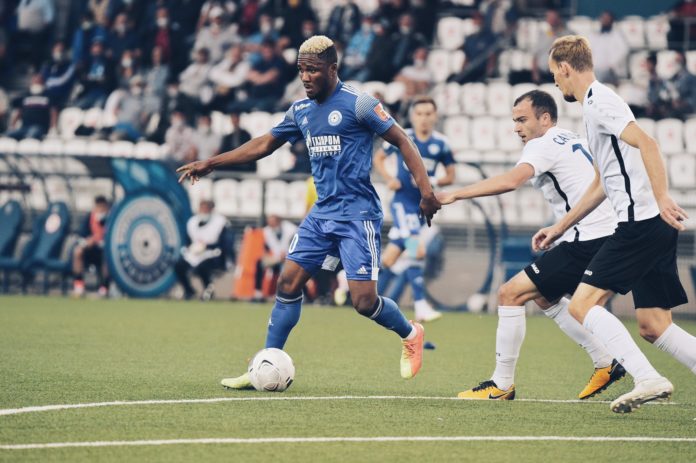 The 23-year-old fox-in-the-box striker, netted his team’s second goal in their 3 – 0 home victory to remain five points clear off the top of the league table.

Nikolay Prudnikov gave the host a deserving lead on the 28th minutes of the match when he slotted the ball past the goalkeeper from the edge of the box.

The former Asokwa Deportivo SC striker scored the second for the Blue and Whites ten minutes later after the first goal.

Ziga Skoflek put the icing on the cage 13 minutes from full time when he scored the third goal to make it a comfortable 3-0 win at home.

Fameyeh has two goals in eight games this season for Orenburg who sit at the apex of the Russian second tier.