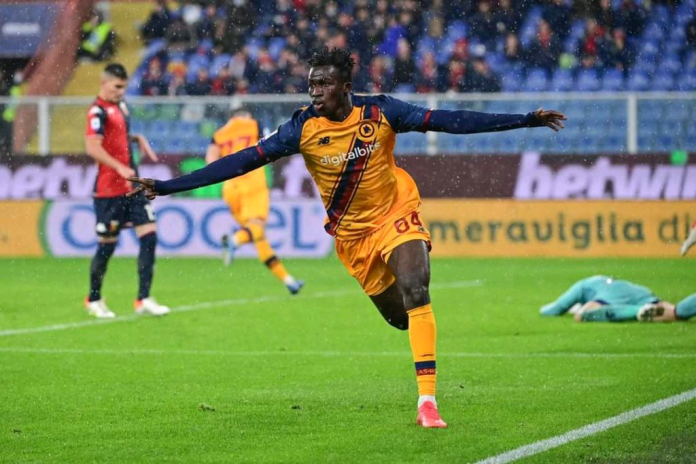 High-flying Ghanaian youngster, Felix Afena-Gyan climbed off the bench to score both goals as AS Roma beat Genoa away from home in the Serie A.

The 18-year-old, who is yet to start a league game this season was introduced into the game in the 75th minute of the game as Jose Mourinho’s side were looking for a goal.

Afena-Gyan opened the scoring just seven minutes after coming into the game, finishing off from Henrihk Mkhitaryan’s pass to break the deadlock.

The then emotional teenager then run to his manager to celebrate with him following the trust he has received from Mourinho.

In added time, Afena-Gyan put the game to bed as he scored his second on the night to mark a remarkable evening f

The Ghanaian also becomes the first player born after 2003 to score in the Italian top-flight.