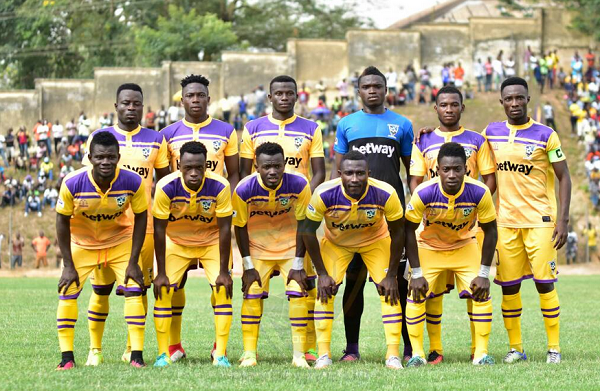 Medeama SC welcomed Accra Great Olympics to the Tarkwa Akoon Park for the season opener of the 2020-21 Ghana Premier League.

Accra-based team Great Olympics picked a valuable point away from home at the Jaws of defeat in Tarkwa against Medeama SC.

But strangely, Medeama SC scored a goal which looked legitimate but was disallowed by the officiating officials for an offside call which was a surprise to officials and players of the club.

A free kick was taken from outside the box into the goal area and the visitors goalkeeper parried the ball away but into a Medeama player’s path who slotted home but only for the assistant referee to raise his flag for reasons best known to him.

The goal which looked a clean goal from all angles did not stand after the referee spotted the flag of his assistant.

The game was played with a high tempo, with the hosts slightly on top of the match as they had greater share of possession in the early exchanges of the match.

It ended in a 1-1 stalemate as both clubs settle for a points each in the season’s opener clash in Tarkwa.