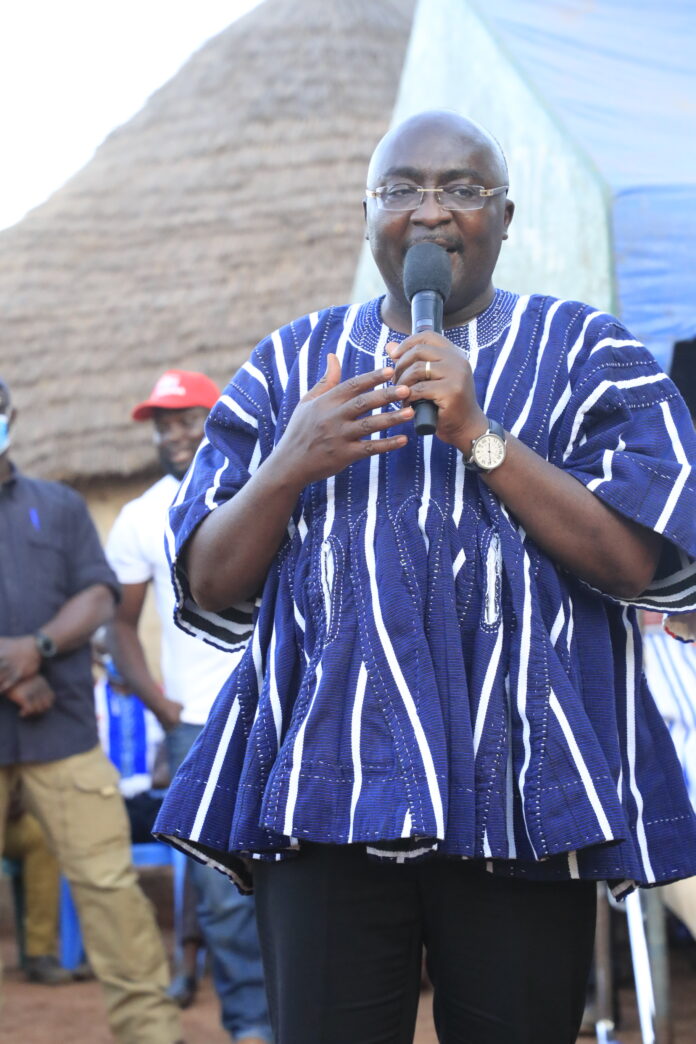 Vice President Dr. Mahamudu Bawumia has intensified his campaign in the north with voter education, urging voters not to look beyond the number one spot on the ballot paper next week.

Dr. Bawumia, who is in the North East Region, has been telling electorates in various communities how the number one position is a crucial choice in next week’s elections.

“Next week, in shaa Allah, you have an opportunity to make a choice between development and retrogression. Number one, which has Nana Akufo-Addo and all our parliamentary candidates, represent development and progress.”

“Any other choice represents retrogression and taking the country back so don’t look beyond number 1 next week.”

Dr. Bawumia has been reminding electorates the myriad of problems the country faced under the John-Mahama led NDC administration prior to 2016, and how President Akufo-Addo has brought about meaningful policies, which he said are impacting positively on Ghanaians.

With the harmattan season approaching in the north, Dr. Bawumia said the government’s One Village One Dam policy will be meaningful to farmers in the north during the dry season, and urged to vote massively for the NPP to protect these legacies.

“In four years, you have seen the difference between our government, the government of the NPP and the NDC.

“Vote number 1, for the President, Akufo-Addo and the NPP MP to protect all these great policies impacting positively on many people’s lives.”