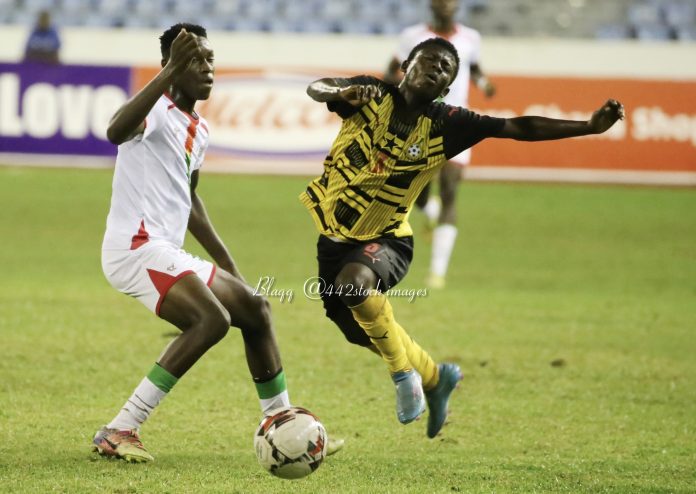 The Black Satellites of Ghana suffered to their neighbors Burkina Faso as they missed out on Africa U17 Championship later this year in Algeria.

The Burkina Faso kept their perfect record in the ongoing West African Football Union (WAFU) zone B tournament intact after defeating the host nation on Tuesday evening in Cape Coast.

Ghana started the game on a blistering pace with some fire works inside the first half of the entertaining match.

It was a tight and intense game at the cape coast sports stadium this evening with both sides having a go at each and hitting the post in the first half.

Burkina Faso had a spot kick in the second half after 63 minutes which was easly converted by star player Ousamane Camara to give the Burkinabes the lead.

Ghana fought and tried to find a way back into the game but couldn’t break the defense of Burkina Faso as they suffered heart break at the end of the match.

Burkina Faso on the other hand could have gotten two or three goals late in the game but fluffed their lines but held on to beat Ghana to qualify for the next CAF U17 Championship in Algeria.

The last time Ghana qualified to the World Cup at the U17 level was in 2017 when the tournament was hosted in India.

Baba Agunga: The mentally ill Ghanaian chained under a tree for...