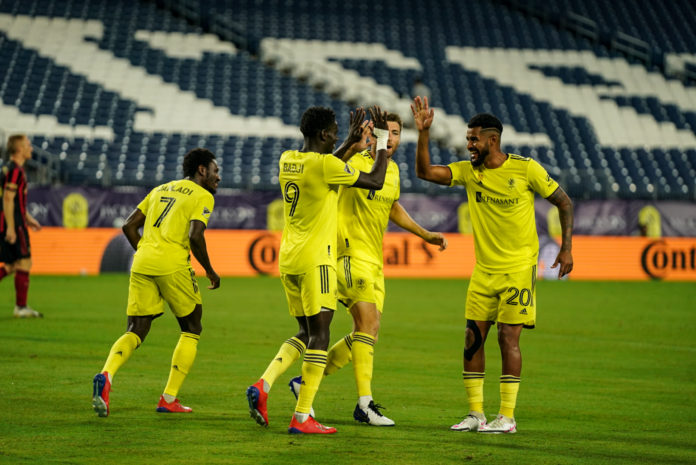 Ghanaian winger, Abu Danladi netted his first goal of the season for Nashville SC in the Major League Soccer in America on Saturday evening.

The 24-year-old scored his team’s fourth and last goal of the match as they walloped Atlanta United by a 4-2 score line in the Major League Soccer week 11.

Dominique Badji from Senegal scored the game’s opening goal under one minute to hand the home team a perfect start to the match.

Nashville’s lead lasted 18 minutes as Jeff Larentowicz equalized in the 19th minutes before Hany Mukhtar restored the host lead in the 28th minutes and Dax McCarty added the third goal to make 3 – 1 before the break.

Danladi on the 57th minutes of action, broke through on goal and found the bottom corner with a fine finish to get his team’s fourth to make it 4 – 1.

George Bello scored a consolation for Atlanta United inside 61 minutes as it finished 4-2 to the host.

Danladi has a goal in 10 games this year in the Major League Soccer in America for Nashville SC.