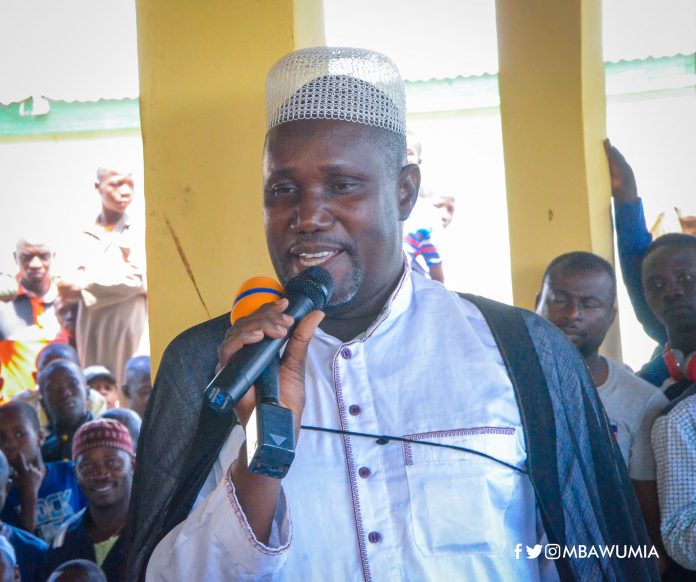 The Chief Imam for Bole, capital of the Bole District in the newly created Savannah Region, Mohammed Sulemana Iddrisu, has heaped high praise on the Nana Akufo-Addo government for the numerous projects undertaken in the relatively short period it has been in office.

According to Mohammed Iddrisu, the variety of projects, and the pace at which they are being delivered, is unprecedented in the annals of Bole and its surroundings.

“The people of Bole cannot thank Government enough for all the things they have done in this short period that they have been in charge, and we pray that Allah will continue to be with them for them to do even more for Ghana,” he indicated.

Mohammed Iddrisu was speaking at a durbar organised in honour of the Vice President of the Republic, Alhaji Dr Mahamudu Bawumia, at Bole when he joined Muslims in the Savannah Region to pray as part of the 2019 edition of his nationwide Ramadan tour.

Enumerating a long list of programmes being implemented by the Akufo-Addo government, such as Planting for Food and Jobs, One Village One Dam, One District One Factory, Free Senior High School, and the provision of infrastructure to educational institutions, Mohammed Iddrisu urged the people of Ghana to support Government efforts to rapidly develop the nation, indicating that greater support would speed up the pace of implementation.

The Bole District has enjoyed major infrastructure developments in the past two and a half years since the NPP assumed the reins of state. These include markets (Mankunah, Tinga and Mandari); lorry park (Bamboi); three (3) classroom block with toilets (Kpenayiri and Daboyiri); and a Dining Hall for St Anthony of Padua School.

Other projects are: two dams (Teslima and Chibriyor) under the One Village One Dam programme; an eight acre prayer area for Muslims; construction and spot improvements of several key roads; and the construction of a warehouse at Bole under the One District One Warehouse project.

As well, Bole District was the first of five districts to begin the Planting for Export and Rural Development programme, a decentralized National Tree Crop Programme to promote rural economic growth and improve household incomes of rural farmers through the provision of certified improved seedlings, extension services, business support and regulatory mechanisms.

The unseen impact on Italian families

AFCON 2019: What to Expect From Ghana