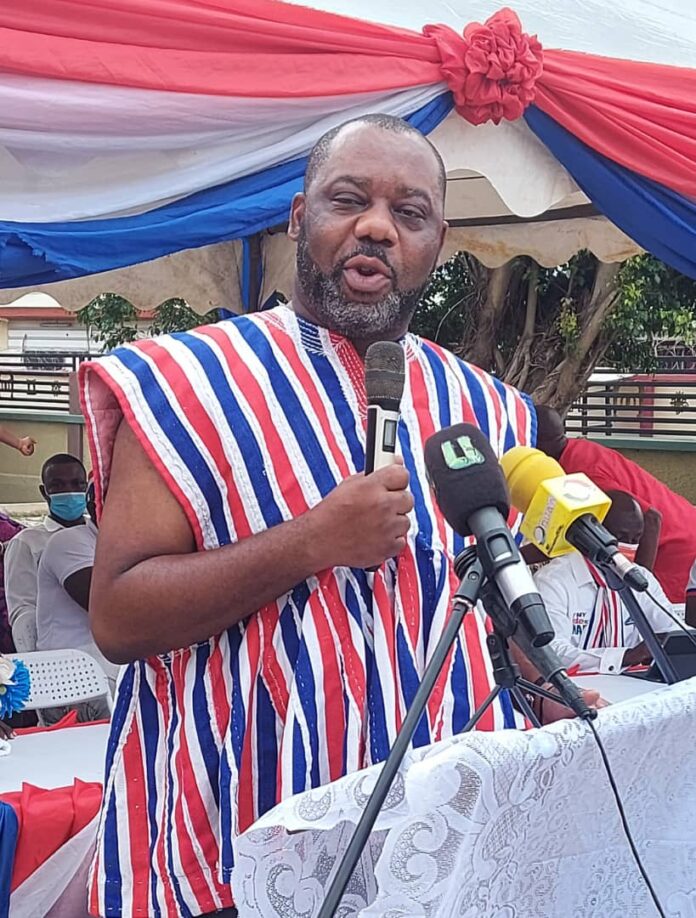 The New Patriotic Party (NPP) Member of Parliament (MP) for Manhyia South, Dr. Matthew Opoku Prempeh, has issued a rallying call for the party’s delegates in the Constituency to be hard working.

According to him, the party’s strength, survival and continuous stay in political office hugely depends on the hard work of the NPP polling station executives.

In this regard, Dr. Prempeh has admonished NPP polling station executives, to eschew all forms of rancour and backbiting and unite to champion the course of the party.

“We are one big family with a common destiny so there is no need to fight among ourselves, we have to unite and work for the NPP to lead Ghana to the Promised Land”.

Popularly known as ‘Napo’, the Manhyia South Lawmaker, who is also the Energy Minister, was speaking during the 2021 Manhyia South NPP annual Delegates Conference.

According to him, the weird practice whereby the polling station executives renege on their duties and wait till election seasons to campaign was not helping the NPP.

Napo stated that the President Nana Addo Dankwa Akufo-Addo’s administration has chalked landmark successes in political office so the party delegates should spread them.

“We have chalked endless successes in political office so I am expecting you to preach about it and win more souls for the NPP to make election 2024 easier for us”, he said.

The MP also strongly kicked against the ‘skirt and blouse’ voting practice, which he bemoaned “adversely affected the fortunes of the party in 2020”.

Considering the landmark achievements of the Akufo-Addo’s government, he said the NPP was the bookmakers favourite to retain power and control parliament with more seats.

“But that was not the case, we lost more seats because in some places some voted for the presidential candidate and refused to vote for the parliamentary candidate”, he said.

Napo said the ‘skirt and blouse’ voting practice did great disservice to the NPP in 2020 so the party delegates should never allow it to return again in future elections.

He said the government needs more seats in parliament so that its policies and programmes to accelerate national transformation could easily get parliamentary approval.

The Manhyia South NPP Constituency Secretary, Haruna Alhassan, on his part, said the party is strong, healthy and poised to win avalanche of votes during election 2024.