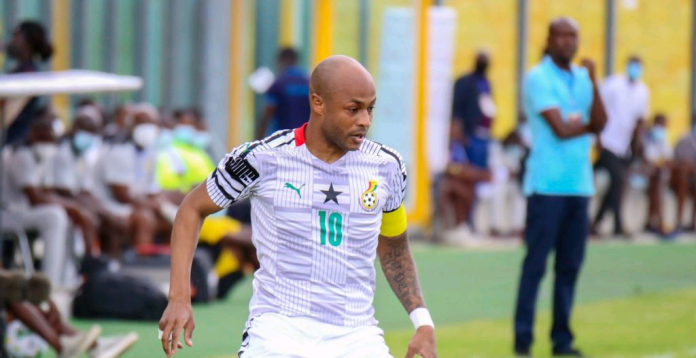 Ghana captain Andre Ayew says Ghana shouldn’t be thinking about a revenge against Uruguay at the 2022 FIFA World Cup tournament.

The Skipper believes Ghana will not approach their game against Uruguay in the 2022 FIFA World Cup finals with revenge as the single goal despite the heartbreaking defeat in 2010.

Ghana squares off with Uruguay in their final Group H game on December 2nd after the November 24 game against Portugal and 28th against South Korea.

Ayew was part of the Ghana team in the 2010 and 2014 World Cup finals, emphasized the importance of winning three points and not just thinking about revenge.

“As a team leader, I don’t believe we should view this game as revenge,” Ayew said on Ghana Soccer Net.

“Instead, we must be smart enough to recognize that it is a match we need points from. We just want to win against Uruguay after everything that has been said in the media.

“As a player, if you go into a game with the intent of retaliation, you can make a lot of mistakes and be hyper,” he continued.

“We just need to stay calm, follow the plan, and try to win the game, or do whatever we can to advance to the next stage.”

Ghana will meet Uruguay for the first time since the Black Stars were controversially eliminated by Uruguay in South Africa at the 2010 World Cup.

Power returns to Kejetia Market; traders given July 15 to settle...