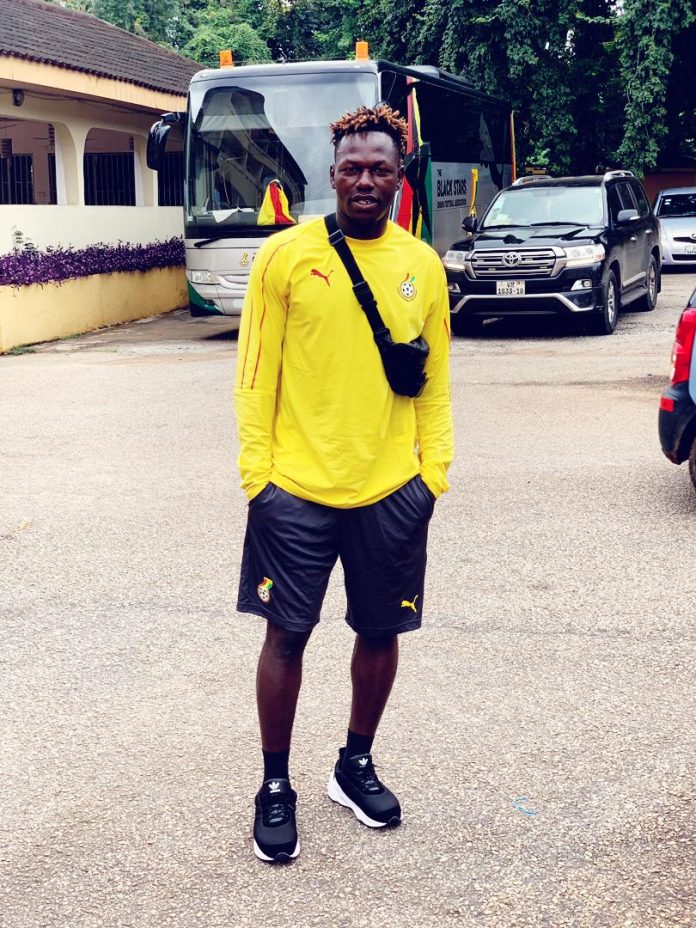 Black Stars B attacker Richard Arthur believes his team mates are determined to win against their Burkinabe counterparts in tomorrow’s encounter at the Baba Yara Sports Stadium in Kumasi.

“Everyone in camp is ready and fully prepared for the game tomorrow against Burkina Faso because we want to qualify for the CHAN championship in Cameroon,” Arthur told Dailymailgh.com.

“The players are fully aware of what happened the last time we met them and we know this is a perfect time for us to get our revenge for the last time defeat,” he noted.

Ghana’s Black Stars B will host West African neighbours Burkina Faso in the first leg of the last qualifying round for the CHAN tournament at 3pm in Kumasi at the Baba Yara Sports Stadium.

According to the former Wa All Stars predatory finisher, players at the Stars camp are calm and poised for victory.

“Our aim is to win massively in Ghana and secure our qualification here before we travel to play the return leg in Ouagadougou,” Arthur said.

Meanwhile, the Asante Kotoko marksman acknowledged how difficult it is to overcome rivals in such tensed games.

“It is always very difficult to play against your rivals or neighbours but the spirit in camp is high and we are all ready to die for our beloved country,” he noted.

Arthur also pleaded with football loving fans in and around the vicinity of Kumasi and its environs to fill the stadium to help them overcome the Stallions of Burkina Faso.

“We are appealing to the supporters and the general public to come to the stadium in their numbers on Sunday to help us overcome our opponents,” Arthur added.

The Mugabe Africans will remember