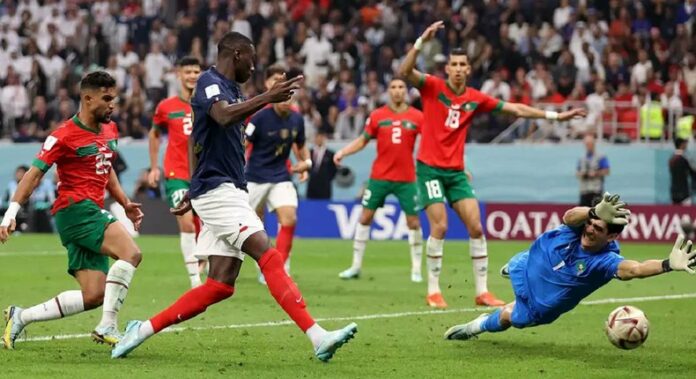 Morocco coach Walid Regragui says his country will be supporting France to beat Lionel Messi’s Argentina in the final of the Qatar 2022 World Cup.

His team made history and performed remarkably well in Qatar after becoming the first African team to reach the semi-finals of the World Cup.

Unfortunately, they were beaten at the semi-final of the World Cup in Qatar by the defending champions on Wednesday night.

Speaking in the aftermath of the game, Regragui said he was proud of the performance of his players against Les Bleus.

He also noted that they’ll be supporting Didier Deschamps’ side to beat Argentina in the final and win the tournament.

“We are going to support them [France] now. The whole world is proud of this Moroccan team,” the Morocco coach said, as quoted by Goal.

“We showed desire, played hard, and have given a good image of Morocco and of African football. We were representing our country and our continent. People already respected us but I think they respect us more now.”

He added: “Congratulations to France. I said before the match, they are a very good side and they were well-placed to win the game but in spite of all the injuries we had, the tiredness, we pulled out all the stops, gave them everything, caused them problems and that is already quite an achievement.

“You can’t win a World Cup with miracles, you need to win it through hard work and that is what we will do, we will keep working.”