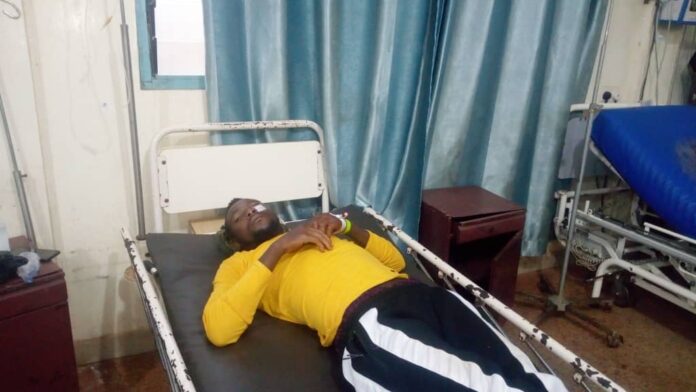 A 25-year-old female nurse with the Nchiraa Health Center in the Wenchi Municipality in the Bono Region has been shot dead by unidentified gunmen, dailymailgh.com has learnt.

The deceased, Erica Adufa, was in a taxi cab with three other occupants who were travelling to Nchiraa from Subinso Number II, when the incident occurred just before 7:30 pm on Saturday, February 27.

They were stopped in the middle of the road by the gun-wielding men who attacked and robbed them of their belongings amid firing of gunshots.

The deceased and the other victims were left to their fate as the robbers bolted upon sensing danger.

The victims were rushed to the Wenchi Methodist Hospital for treatment but Erica was pronounced dead on arrival by medics.

Images widely shared online show the deceased with gunshot wounds in the jawbone area indicating she may have been shot at close range.

The taxi driver who was said to be in critical condition has also been been referred to the Komfo Anokye Teaching Hospital for further treatment after sustaining life-threatening gunshot wounds.

He told Correspondent Nana Anfreh Damanta that the remaining victims are being monitored by medics.

The police in the Wenchi Municipality is yet to comment on the matter.

This incident comes barely a year after a community health nurse, Ruth Eshun was also killed by unknown assailants at Sewua in the Ashanti Region.

Two persons were arrested and are facing court in connection with the incident.

Opinion: All you need to know about new BVDs that will...