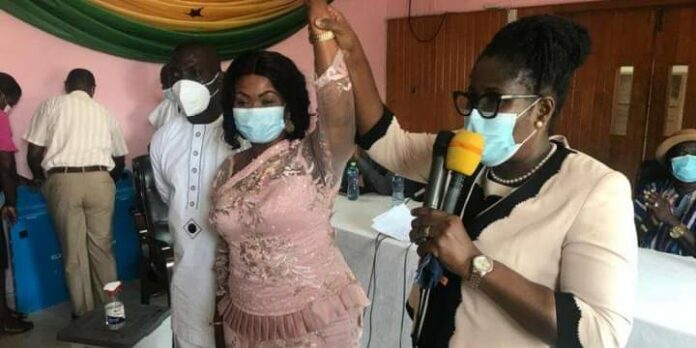 The incumbent Western Regional representative on the Council of State, Eunice Jacqueline Buah, has won her re-election bid for the sole slot.

At an election held on Monday, February 15, Madam Buah secured 24 votes beating her only contender, Nana Bonkyi Akomea who had four votes.

It was the second time the election was being held after their first race on Friday ended in a tie with both contestants polling 14 votes each.

In her acceptance speech, Madam Buah who is a businesswoman thanked the people for the trust and promised to work in the interest of everyone in the Western Region.

The Council of State elections was held last Friday across all 16 regions of the country except for the Bono East Region where a court injunction was slapped on the process, following a petition by some Assembly Members in the Atebubu-Amantin and Kintampo North Districts.

Some of the notable winners in the elections include a former minister in the National Democratic Congress (NDC) government, Enoch Teye Mensah, who was elected as the Greater Accra Regional representative.

In the Ashanti Region, the Chief of Agona Akrofonso Nana Owusu Akyaw Brempong won with 77 votes.