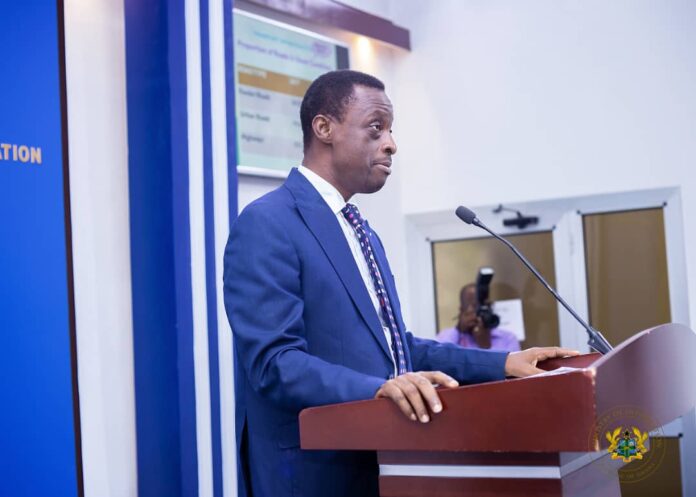 The Western Regional Minister, kwabena Okyere Darko-Mensah has heaped praises on President Akufo-Addo for the massive development in port infrastructure in his region.

According to the Regional Minister, the construction of the ports is opening the region up to several economic opportunities and creating more job opportunities for the teeming youth of the region.

“Under President Akufo-Addo, we have been able to construct 4 ports in the Western Region. This is very unprecedented. You all know that under Dr. Kwame Nkrumah, he did for us the Sekondi Naval Base and you know the British in 1928 did the Takoradi Port. Under President Akufo-Addo we have done another port inside the Takoradi Harbor which is the Atlantic Port Service with a private sector Ibistek.

“It is like the MPS we have in Tema. We also have another port which is a fishing port in Dixcove and another one in Axim and we are now developing what we call the fuel operating base like the naval base at Ezinlibo close to our oil fields,” he said.

He said this when he took his turn at the State of Region Report, a media engagement platform put together by the Ministry of Information to regularly update the media on developments in their regions on Wednesday, November 16, 2022.

Touching on related infrastructure projects, the Minister stated that work on the railways, Takoradi market, the Paa Grant road-interchange, the Agenda 111 among other state interventions were on course to restore hope to the people of the region.

On roads, he said 252.37 kilometers of roads have been completed in the region. He said the road projects spanning urban, feeder roads and highway include the emergency rehabilitation of the Ahwetieso to Tarkwa road, Bogoso Junction and Assembly Office in Tarkwa, regravelling of Sankor to Cape Three Points road, reconstruction of Tarkwa to Darmang road and the construction of Agona Nkwanta to Tarkwa trunk road.

This he said the construction of the roads coupled with the numerous developmental projects in the region will help boost socio-economic activities, particularly when the region plays a critical role in the country’s development.