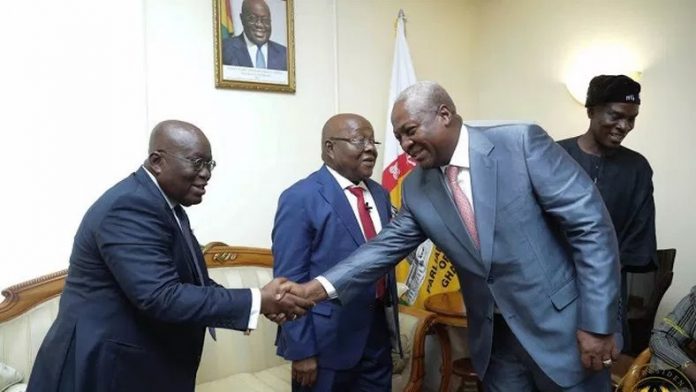 Former Ghanaian leader John Mahama has taken a swipe at his successor Nana Akufo-Addo, following what he described as hardship in Ghana.

The National Democratic Congress flagbearer said people are suffering in the West African country, despite claims by Akufo-Addo then in opposition, insisting that there is money in Ghana.

“You are selling oysters, shrimps and so many other things. Nobody needs to come and tell you that the economy is not doing well. Everybody selling something today can see that they making less sales than they used to do in the past and that is because times are hard. People came and told us that the money is there, that we were sitting on money but yet hungry.

Vice President Dr Mahamudu Bawumia while running mate to President Akufo-Addo consistently claimed in his public lectures that the Ghanaian economy was rich but unable to reflect in the lives of Ghanaians because of the poor performance of the Mahama administration.

Police Hospital to partially operate from Aug. 21 for fumigation

Zenith Bank records another 1st in Digital Banking with introduction of...

Merck Foundation CEO, others in Top 100 Influential People in Africa

‘Ghana’s Pride’ is back with Kobi Hemaa