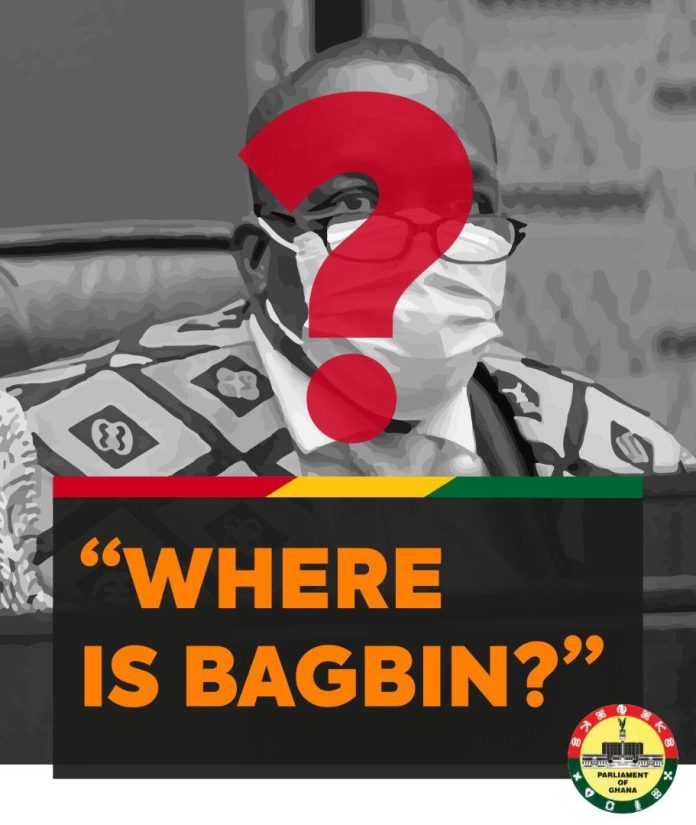 Social media, especially Twitter, is buzzing with the hashtag #WhereIsBagbin as Ghanaians ask for the whereabouts of the Speaker of Parliament Alban Bagbin who was nowhere to be found on the last day of sitting.

The current Parliament is split down the middle between the two main political parties, posing the risk of gridlock on Ghana’s problems, especially over passage of vital bills.

Bagbin was expected to preside over the passage of the much-talked about E-Levy on Tuesday 21 December 2021 but MPs waited for hours in the Chamber without any official communication from his office about his whereabouts. This forced the House to adjourn to 18 January 2022.

“I called him a couple of times, but I couldn’t reach him and I sent a message including Whatsapp messages but I have not had any response,” the Majority Leader Osei Kyei-Mensah-Bonsu told the media.

With still no word from the Speaker, Ghanaians took to social media to launch the campaign #WhereIsBagbin. Below are some of the posts:

So why is Rt. Hon. Alban Kingsford Sumana Bagbin refusing to sit as Speaker of Parliament of Ghana ? #WhereIsBagbin https://t.co/m40oo2B7Fb pic.twitter.com/1TwC8J3NSS

End strike, our doors are opened for resolution – Health Committee...