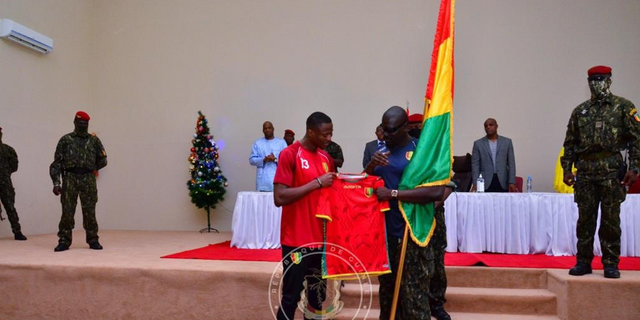 Guinea’s interim head of state, Colonel Mamady Doumbouya, has hinted that there will be consequences if the national team fails to impress at the Africa Cup of Nations (AFCON).

According to him, the national team will reimburse every money invested in them if they fail to win the AFCON in Cameroon next month.

The Syli Nationale are paired in Group B of the AFCON alongside Malawi, Senegal and Zimbabwe.

Guinea have also never won the AFCON, with their best finish in the tournament being a runner-up place in 1976.

However, interim President Doumbouya has tasked the team to win the cup or risk reimbursing every money invested in them.

“The cup, or you reimburse the money that’s been invested in you,” the Guinean President told the players, as quoted by African Insider.