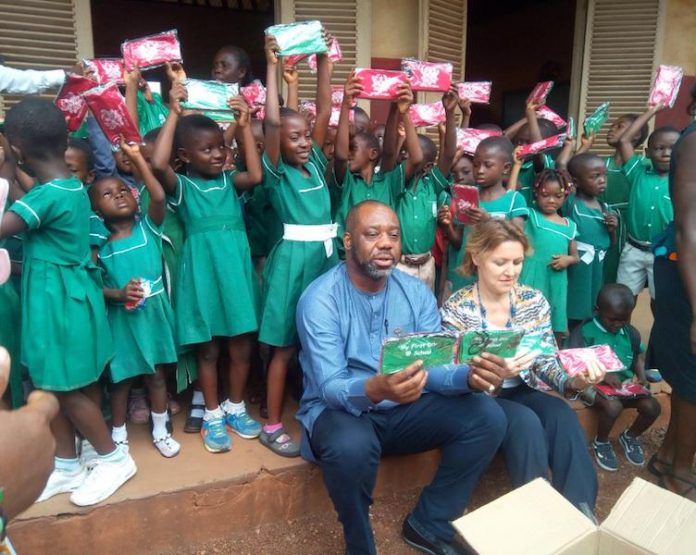 The Ghana Pentecostal and Charismatic Council (GPCC) has also joined other stakeholders to put pressure on the Ghana government to pull the brakes on the controversial comprehensive sexuality education.

The Council wants the CSE to be withdrawn completely.

Ghanaian high profile personalities including former president John Mahama have expressed dissatisfaction about the policy sensing it will rather do more harm than good.

The government has stated that the policy has been suspended but the GPCC says suspending the policy alone is not enough and must be completely withdrawn never to be introduced in any form.

“While commending government on its latest decision to suspend the implementation of the CSE policy next academic year, we as a Council is however not persuaded by a mere suspension as evidence abound of existing government commitments to some international obligations on CSE, some of which have even been captured in the 2019 Budget Statement as presented to Parliament by the Minister of Finance.

“We reject absolutely the inclusion of Comprehensive Sexuality Education in any form and in any name in our school curriculum now and in the future as we see the policy as a long term subtle agenda to target our young population with a liberal mind set to accepting and tolerating LGBTQ as a normal societal behaviour in the very near future.”

Here’s a full copy of the Council’s statement:

Comprehensive Sexuality Education (CSE) and the Future of our Children

Good afternoon ladies and gentlemen of the press and welcome to this press conference called at the instance of the Ghana Pentecostal and Charismatic Council (GPCC) to address and state our official position on the raging debate and controversy on the Comprehensive Sexuality Education (CSE), which the government through the Ministry of Education intends or intended to introduce into the Basic Schools curriculum come the next academic year.

We also intend to use the opportunity to respond to some statements the Minister for Education made at a press conference he addressed a few days back and also to bring some kind of closure to the first part of our strong resistance to CSE which we have labelled, “Comprehensive Satanic Education.”

Ladies and gentlemen, the Ghana Pentecostal and Charismatic Council through its President, Rev. Prof Paul Frimpong-Manso earlier in the week stated the position of the Council in opposition to the government’s intended decision on this controversial policy.

We have observed with great satisfaction the overwhelming rejection by many Ghanaians, this unfortunate and dangerous policy proposals that have the potential to threaten and erode our long held traditional family value system that has served us well and continue to do.

We have also followed with keen interest government’s latest response through the Minister of Education, including the promise not to implement the controversial policy, in spite of its earlier denial of the existence of such a policy.

While commending government on its latest decision to suspend the implementation of the CSE policy next academic year, we as a Council is however not persuaded by a mere suspension as evidence abound of existing government commitments to some international obligations on CSE, some of which have even been captured in the 2019 Budget Statement as presented to Parliament by the Minister of Finance.

Ladies and Gentlemen of the media, it is gratifying to note that we (Ghanaians) are not alone in opposition to this unpopular global move by some western countries hiding behind some United Nations Agencies and international NGOs to gradually introduce liberal education targeting children in vulnerable countries, including Ghana. Recently, Churches and parents in Canada and other western countries have forced their governments to back down on the implementation of CSE.

The GPCC wishes to state without any equivocation is position on the CSE as follows:

We reject absolutely the inclusion of Comprehensive Sexuality Education in any form and in any name in our school curriculum now and in the future as we see the policy as a long term subtle agenda to target our young population with a liberal mindset to accepting and tolerating LGBTQ as a normal societal behaviour in the very near future.

While acknowledging government’s latest statement and assurance of non-implementation of the policy in the next academic year, we wish to reiterate that anything short of an assurance of complete withdrawal of the policy and a promise never to introduce it in the very near future, will not be accepted.

We shall not as Churches, parents and communities shirk our primary moral upbringing responsibilities to our children by allowing government and other external interest groups to dilute our long tested traditional values on sexuality and allow the introduction of any demonic policies through CSE.

We shall not allow any external agency or internal government entity to attempt to “smuggle” the CSE into the mainstream school curriculum or any other projects or programmes often with funding from these so called external interest groups. To this end, we call on all Ghanaians, especially our Mission Schools, Teacher Unions, i.e. the Ghana National Association of Teachers (GNAT), National Association of Graduate Teachers (NAGRAT), the Concerned Teachers Association and other like-minded stakeholders of our educational system to remain vigilant and expose any attempt to pass this obnoxious policy through the backdoor.

5. To further the above stance, we are working closely with other ecumenical and interfaith groups through the NATIONAL COALITION FOR PROPER HUMAN SEXUAL RIGHTS AND FAMILY VALUES to build up a strong national resistance to this policy and to ensure its total withdrawal, never to be reintroduced in another form or name in the future.

In the spirit of accountable, transparent and participatory governance in a peaceful environment, Ghana Pentecostal and Charismatic Council (GPCC) wishes to put forward the following recommendations towards an acceptable and permanent resolution to this controversy:

Government should be transparent with the people of Ghana by publicly committing to completely withdrawing this policy instead of a mere assurance of suspension of implementation. This move we believe would engender trust between government and key stakeholders of our educational system. This is mutual trust is currently missing and must be pursued now.

Parliament as the representatives of the people and as a matter of urgency should commence the relevant Parliamentary processes to review aspects of the 2019 budget statement that committed state resources to funding this controversial CSE by ensuring that it is withdrawn and that no funds are expended on this policy.

We call on government, through the Ministry of Education to immediately convene a genuine and transparent stakeholder dialogue at all levels that would facilitate the drawing up our own home-grown solution to the problems of sexuality within the context of our tried and tested religious and cultural moral values without undue interference from any external donor agency.

As a Council, we are committed to supporting government in whatever way possible to realising the ultimate objective of a home-grown and Ghanaian owned policy on sexuality devoid of all subtle external influence.

We strongly urge the government and the main political parties to resist the temptation of introducing the usual partisanship into this sensitive debate as we are already picking signals of this unhealthy phenomenon in the current discourse.

In conclusion, ladies and gentlemen of the media, the GPCC is very resolute in its stance on the CSE and is standing firm with all other stakeholders on this matter with the hope that government would further assure us beyond suspension of the policy to taking concrete steps for genuine dialogue with all stakeholders to safeguard the future of our children from a perverse generation of vampires scheming to destroy us.

Ladies and gentlemen of the media, we also wish to take this opportunity to announce to you the Golden Jubilee Anniversary of the Ghana Pentecostal and Charismatic Council (GPCC), which will be climaxed with a Thanksgiving Service on Sunday October 13, 2019 at the Perez Dome at 3:00pm.

We also cordially invite you to other activities in connection with the anniversary as follows:

God richly bless you for responding to our invitation in spite of the very short notice given.

Two Ghanaians caged in US over romance scam