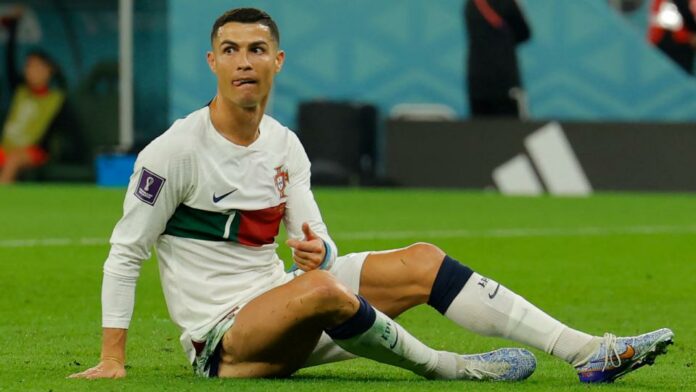 Amid increasing internal and external pressure, Portugal head coach Fernando Santos has yanked star forward Cristiano Ronaldo from the starting lineup for the World Cup Round of 16 match against Switzerland.

Santos had previously indicated that Ronaldo would not be a lock to start the match, and the Portuguese media has begun to call for Ronaldo’s replacement on the field as Portugal search for a place in the quarterfinals.

The decision comes in the wake of Ronaldo’s angry reaction to being substituted in the 65th minute of the final group stage game against South Korea, which Portugal went on to lose 2-1.

Ronaldo became the first male player in history to score at five FIFA World Cup tournaments with his penalty against Ghana in the opening group stage match of the 2022 tournament.

Just days after recent reports that Cristiano Ronaldo has signed the most lucrative club contract in football, the Portuguese superstar has been benched for the nation’s World Cup Round of 16 match against Switzerland in Qatar.

According to Dario Record in Portugal, amongst a host of other reports, Cristiano Ronaldo will not start against Switzerland, with Wolves forward Goncalo Guedes slotted into the starting lineup in his place.

Rafael Leao remains  amongst the substitutes, instead utilized as a late injection off the bench against tired opposition legs.