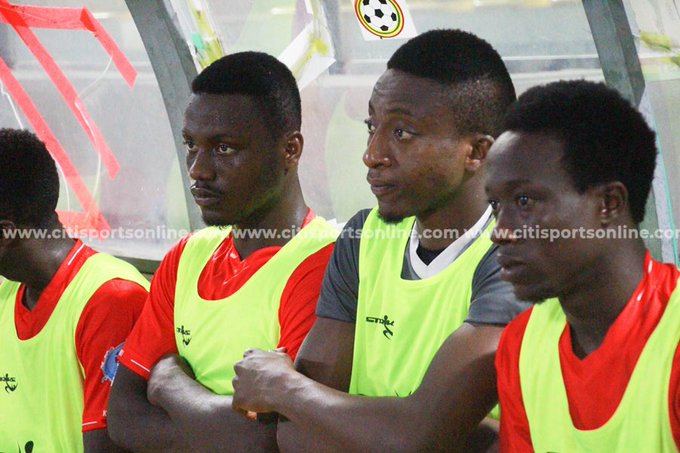 Ten months after he consented to a contract that extended his stay as an Asante Kotoko player, and got married to the love of his life, Felix Annan finds himself in a position nobody — not even he — could have foreseen.

Annan took some time off, with the season only a few games old, to get hitched, and Kotoko head coach Maxwell Konadu called on back-up goalkeeper Kwame Baah to claim the starting berth. The 22-year-old grabbed it at full stretch, courtesy some consistently solid goalkeeping, and what was supposed to have been a temporary switch eventually fed Konadu’s faith in Baah.

Drama, of the sort that threatened to further derail a campaign that wasn’t exactly going to plan, as rumours swirled about friction between Konadu and Annan, Baah and Annan, and Konadu and the many Kotoko fans who hold Annan in such high esteem. Those waters haven’t quite settled yet, but they’re set to get muddier still following Kotoko’s recent acquisition of a new high-profile goalkeeper (more on him later).

That move makes little sense, given how well-stocked the club already was in that department, with all of Konadu’s options — Annan, Baah, and Danlad Ibrahim — highly-rated, having each turned out for one national team or the other. You could tick Danlad, 17, off the list as one for the future, pitting Annan against Baah in a two-man duel for matchday action.

That showdown, for all he has achieved at Kotoko, isn’t one Annan should be dragged into. It’s not for nothing that he is captain and, quite deservedly, the first name on the team-sheet over the last few years. Annan has earned that status with his gloves, long before the armband was passed on by departed skipper Amos Frimpong in 2019, standing out as arguably the finest goalkeeper in the land.

Even more crucial is his anchoring role, a pillar of stability and an enduring standard of excellence in all the phases Kotoko’s playing and technical bodies have been through. Baah might be a great young goalkeeper — and he certainly has a big future ahead of him — but it’s hard to argue that the former Inter Allies man is, overall, an upgrade on the man whose throne he has usurped.

Annan’s lack of game-time has cost him the slot he held as a goalkeeping option for the Black Stars, and Abalora — a product of the West African Football Academy (WAFA), like Annan himself — has picked it up; you might recall seeing him in goal for the Stars on Monday in the friendly win over Qatar — just a day before his unveiling by Kotoko, in fact.

Once Kotoko’s undisputed No.1, Annan has been knocked off his perch and down the pecking order, potentially becoming Konadu’s third-choice. He may not have seriously considered leaving Kotoko during this ordeal, having previously insisted that he would “keep on fighting till [he is] no longer with the club.”

That fight is probably beyond him now, and Annan would do well to ponder life away from the Porcupine Warriors. His freshly minted SWAG-Player-of-the-Year ass shouldn’t be warming Kotoko’s bench, when he could waltz right into the first team of every other Ghana Premier League club or — if he fancies it — even export his talents abroad.

And, really, who could begrudge him?

They told us NPP dislikes Zongos but Akufo-Addo, Bawumia’ve rather lifted...