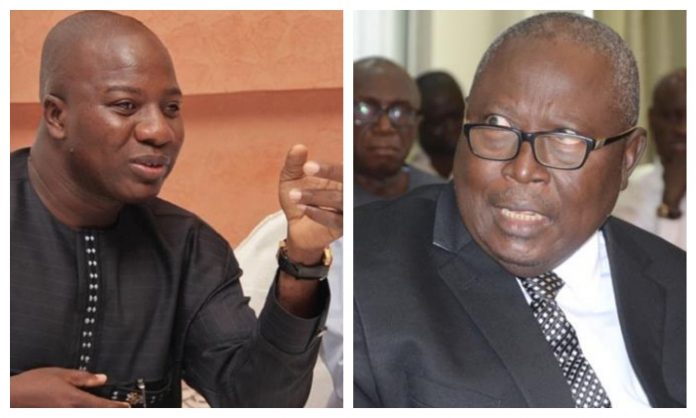 The special prosecutor Martin Amidu is not qualified to prosecute the Member of Parliament for Bawku Central, Mahama Ayariga, due to his age, lawyers for the lawmaker are arguing in court.

The MP has therefore filed a suit challenging the capacity of the Special Prosecutor to prosecute him for alleged procurement infractions.

According to Ayariga, Amidu is not a legitimate holder of the office of Special Prosecutor of the Republic of Ghana because he was above 65 years as of the time he was nominated and approved as Special Prosecutor and, therefore, per Article 199 (1) of the 1992 Constitution, he is not qualified to hold a public office.

In view of that, it is the MP’s case that the charge sheet signed by Mr Amidu which initiated the criminal proceedings against him is defective and, therefore, the case against him is a nullity.

At Monday’s hearing, the court directed the legal team to file their legal arguments within 72 hours.

The court is expected to make a ruling on the application on Monday, June 17, 2019.

A similar case is before the Supreme Court.

According to the affidavits in support of the motion filed by lawyers of the MP, Mr Ayariga states that he has “been advised by Counsel and verily believe same to be true that the Special Prosecutor, Martin Amidu who is above 65 years is not qualified to hold the Office of Special Public Prosecutor since the holding of that office is in contravention of article 199(1) and (4) of the 1992 Constitution of Ghana”.

It goes on to say that “I have been advised by Counsel and verily believe same to be true that due to the disqualification of the Special Prosecutor, Martin Amidu, under article 199 (1) and (4) of the 1992 Constitution of Ghana, he has no capacity in law to append his signature on the charge sheet, the process originating the criminal charges against the Applicant [Mahama Ayariga] MP.

The affidavits further argued that “Count one (1), three (3), four (4) and five (5) are offences that are not within the remit or powers of the Special Prosecutor and same cannot be prosecuted by the Office.”

In Court today, Justice Afia Serwaa Asare Botwe, ordered the parties to file their legal arguments instead of arguing orally in Court in order to save some time.

To that end, she gave all parties 72 hours to file same. She subsequently ruled that she will deliver a ruling on the issues raised at the next Court sitting which she fixed for Monday the 17th of June 2019.

Ghana to send 375 nurses to work in Barbados