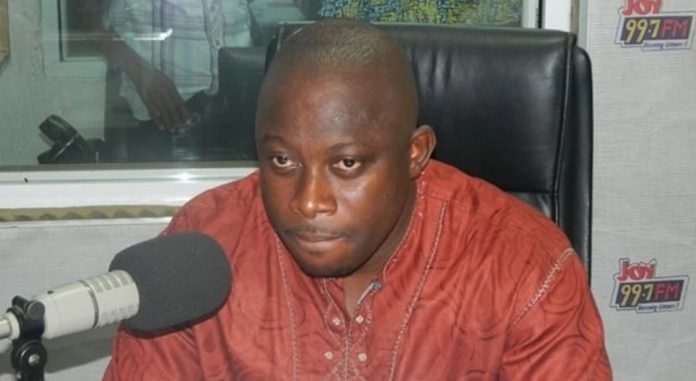 The National Democratic Congress (NDC) Member of Parliament for Bongo, Edward Bawa slammed the Christian Council for commenting on the brawl in Parliament.

According to him, the clergy cannot pick and choose on what wrong they can criticize.

He said: “it is their silence that has empowered this government to continuously select state institutions to bastardize them. So they cannot come at a time when the die has already been cast.”

“I am a Christian and I’m disappointed in the way the Christian Council behaves because they do not really reflect the tenet of what Jesus teaches all of us. Jesus Christ spoke the truth to authorities irrespective of whatever it is,” he added.

According to the MP, the current leadership of the Council is a disappointment and the only time they find their voice is when the government cannot find its way.

“So what the Christian Council should be looking for is that the levy will visit an untold hardship on Ghanaians. The people they pastor and the people who give collections are those to be affected by the E-levy. And they should be speaking on behalf of the people. They will never comment on the E-levy, mark my words.Christian Council calls for sanctions against MPs who went berserk in Parliament

“Meanwhile, every Ghanaian is talking against this E-levy not because they don’t want the government to work, it is because of the fact that people think that there are other options that the government can use. Cut down on corruption and extravagant expenditure and Christian Council is not talking about that,” he stated.

Mr. Bawa said 2022 has a budget because they have passed the Appropriation Bill adding the 2022 Budget has been approved rather the only issue has to do with the Electronic Transaction Levy (E-levy).

Ghana ranked 1st in West Africa in RMB’s ‘Where to Invest...