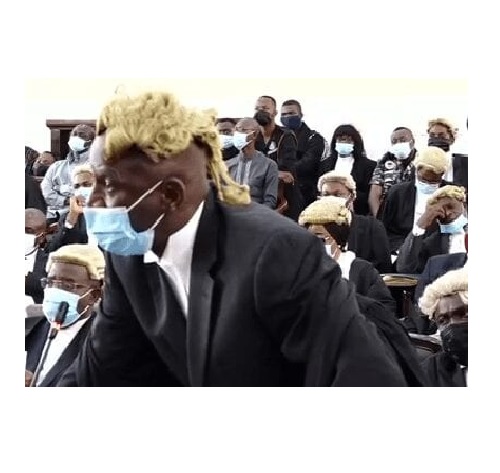 Observers who were at the Supreme Court on Monday, February 15, burst into laughter when counsel for the 2nd Respondent, Akoto Ampaw, was advised to dispose of his wig for having lost its identity.

Mr Akoto Ampaw had just finished his submission in opposition to a motion by the petitioner to reopen his case, when the Chief Justice addressed him.

“Mr. Akoto Ampaw, I think you have to change your wig, it has lost its identity as a wig”, the Chief Justice said in a fit of mild humour.

Mr. Ampaw who was seen during a live telecast of proceedings, took off the wig from his head, looked at it and put it back on his head while responding the Chief Justice.

“My Lord, it gives it a unique identity”, he said.

The court was eventually thrown into a momentary laughter.

The Apex Court will however give its ruling on the matter tomorrow, Tuesday, February 15, 2021.

W/R: Two policemen injured in a clash with soldiers at Sekondi