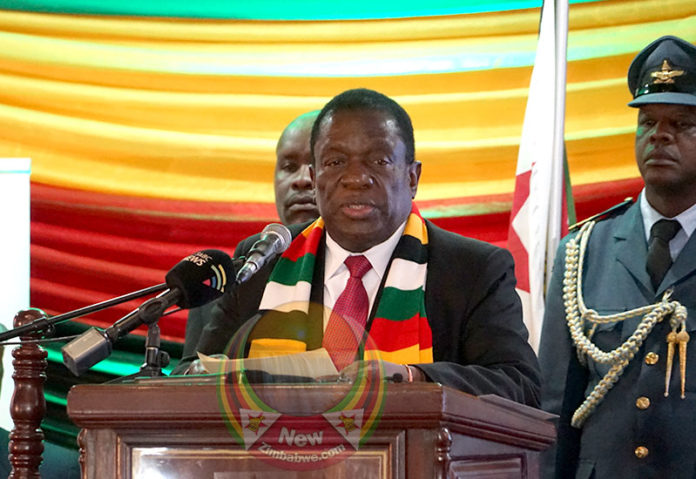 President Emmerson Mnangagwa has taken his driver to court for stealing his cell phone which the former gave to his son to use.

Chamunorwa Tapa, 45, was hauled before Harare magistrate, Joy Chikodzore Tuesday facing theft charges. The gadget is valued at US$100.

According to the State, Mnangagwa received the cell phone, an Itel A 56 as a gift after presiding over a field day at his Precabe Farm in Kwekwe on March 12 this year.

However, the following day, it was discovered that the mobile phone was missing after his security details carried out a reconciliation of the gifts received in Kwekwe.

Designated as complainant in the case is one Simbarashe Mangezi, 38, who is employed in the President’s Office as district intelligence officer for Harare Central.

It is State’s case that on March 12 2020, Mnangagwa officiated at a field day at Precabe Farm, in Kwekwe and received some gifts from various companies invited for the event.

Among the gifts was an Itel A56 dual sim cell phone Itel black in colour with its charger and headphones.

“On March 13 and at Zimbabwe House, in Harare during reconciliation of the gifts, it was discovered that the cell phone together with its charger and earphones was missing leading to an investigation,” read court papers.

“The accused then led police detectives to the recovery of the stolen cell phone from his son Jonathan Magaya at house number 52 Dumukwa Street, New Mabvuku, Harare,” further read the papers.

KNOW YOUR WORTH: The Power of Being Little

Businesses, individuals lost a whopping $200m in 3 years to ‘Sakawa...

CARTOON: The love for fufu is back