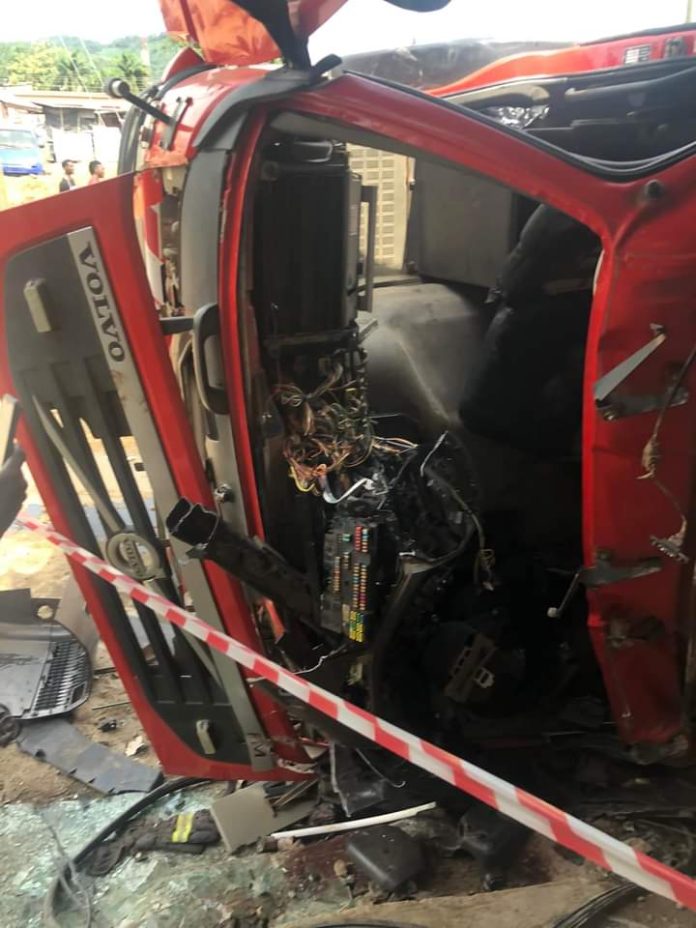 Six fire officers are in hospital after their engine got involved in an accident on Sunday, officials have confirmed.

The officers stationed at Obuasi in the Ashanti Region, were part of an eight-member team deployed to nearby Kyekyewere to battle a blaze.

The driver of the vehicle, apparently unaware of an ongoing construction of a bridge ahead of him, run into a heap of chippings in an attempt to swerve.

“To avoid running into a heap of sand, the fire tender lost its balance and in the process landed on its side, injuring the eight-man crew on board”, a statement from the Ghana National Fire Service (GNFS), explained.

Ashanti Regional Chief Fire Officer, ACFO Henry Giwah who earlier gave some details at the scene said two of the officers have been discharged while the others are responding to treatment.

“All of them were injured, but thank God they are responding to treatment. Currently two have been discharged and the six are still on admission,” the Fire Commissioner said.

Read the statement issued by the GNFS in full: